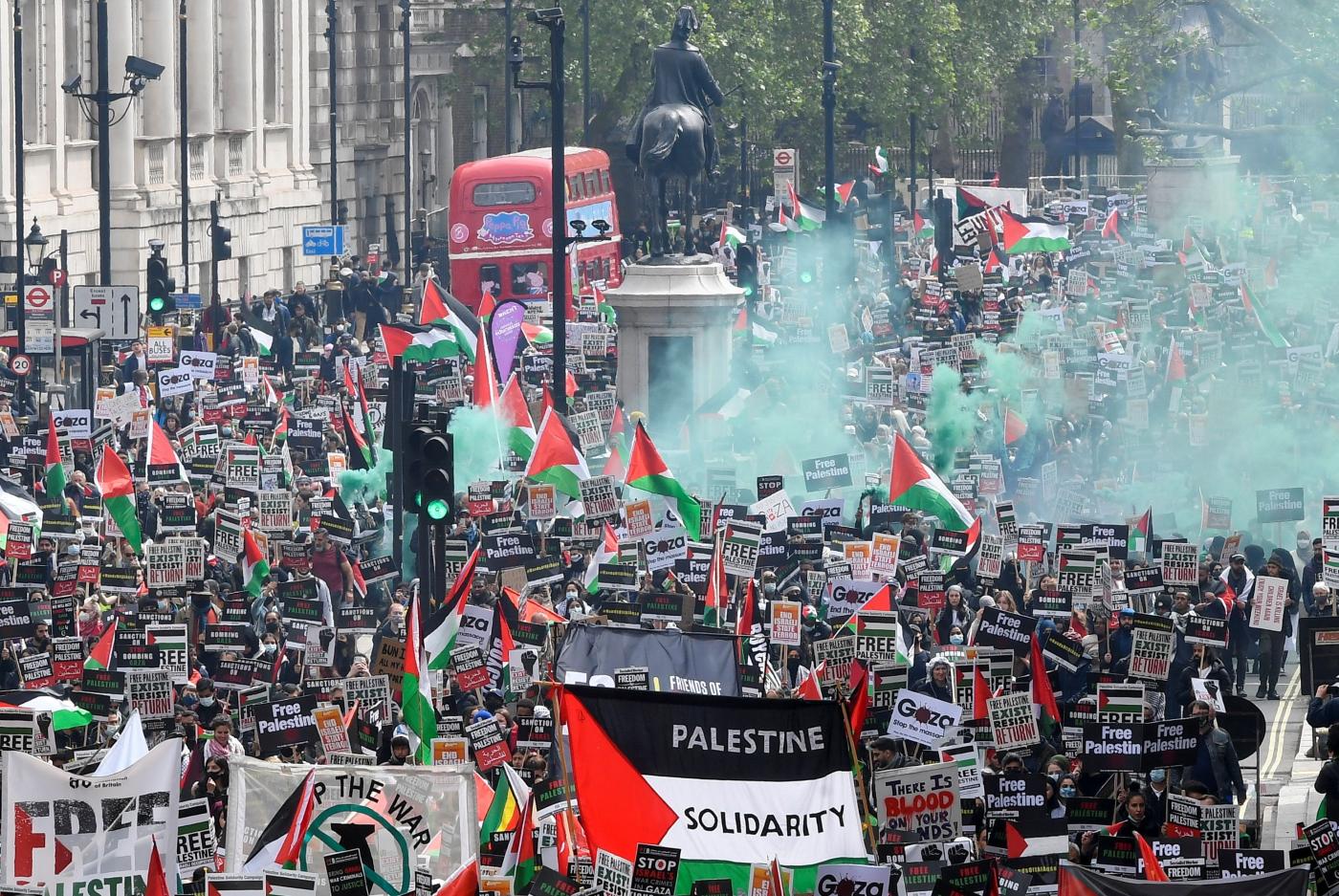 Pro-Palestine demonstrators marched through the streets of London, passing Parliament and Downing Street in late May 2021 (Reuters).

The Palestinian Mission to the UK hailed the passing of two Palestine motions at the Liberal Democrats conference on 20 September.

The two motions – on a Palestinian visa-free travel to the UK and a ban on Israeli settlement products – represent positive developments in the positions of the Liberal Democrats on the cause of Palestine and towards advancing Palestinian rights, it said.

The Liberal Democrats is now committed to treating Palestinians equally when it comes to visa-free travel to the UK, and to banning products from illegal Israeli settlements in occupied territory.

Both of these have been long-standing Palestinian demands and are informed by international law.

Ambassador Husam Zomlot, Head of the Palestinian Mission to the UK, who participated in the conference, said: "They are good first steps, even if they do not go far enough to uphold British and international law. The first is an important commitment to the rights of the Palestinian people as being equal to all other peoples in the world. It could have significant impact on the development of the Palestinian economy.”

Zomlot said this is an important first step towards holding Israel accountable for its actions in occupied territory. “Unless Israel begins to pay a price for its transgressions of international law, there is little hope for peace.”

He urged other UK parties not only to follow suit, but to go further in making policies that enforce British and international law.