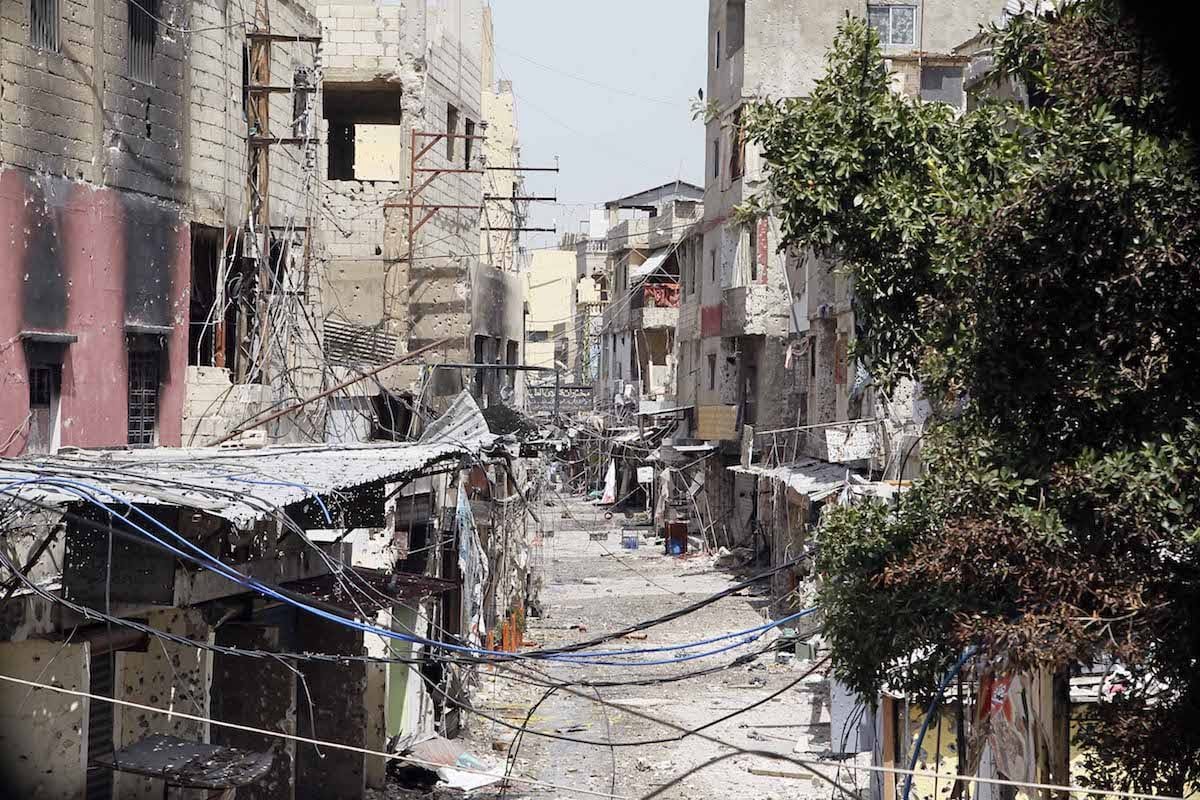 Damaged streets are seen due to clashes in Ain El-Hilweh camp in Lebanon on April 11, 2017. (Furkan Güldemir - Anadolu Agency)

“I am very alarmed by two major security developments that happened in Lebanon over the weekend”, said Commissioner-General Philippe Lazzarini.

Lazzarini said that on the morning of 19 September, protestors from the temporary housing units near Nahr el- Bared refugee camp broke into the UNRWA construction site office, causing severe damage to the premises and to seven Agency vehicles. No one was injured.

This incident came in the aftermath of a series of thefts in UNRWA in the camp over the last few weeks. Palestinian faction leaders condemned the incident and the thefts and pledged their support to ensure these incidents would not occur again.

On the same day, in Ein El Hilweh camp, in the south of Lebanon, fighting between Fatah and Jund al-Sham armed factions erupted, and fighters entered four UNRWA schools. Seven people were injured because of the fighting, including two civilians in Saida. Palestinian faction leaders have condemned the incident and have committed to investigate it.

“I strongly condemn these incidents, which severely undermine the neutrality and inviolability of our premises and put at serious risk the protection and security of Palestine refugees, UNRWA personnel and property”, said Lazzarini.

“UNRWA is requesting that all parties commit to respect the Agency’s neutrality and the inviolability of its installations at all times and to take all measures necessary to ensure that incidents to the contrary are not repeated”, he added.

Lazzarini expressed extreme concern about the deteriorating situation in Lebanon as a whole and its significant impact on Palestine refugees who were already among the most vulnerable communities.

He further stated that in order to continue to deliver critical services, UNRWA needs both additional financial support and full respect for the safety of its personnel as well as for the inviolability of its installations at all times.