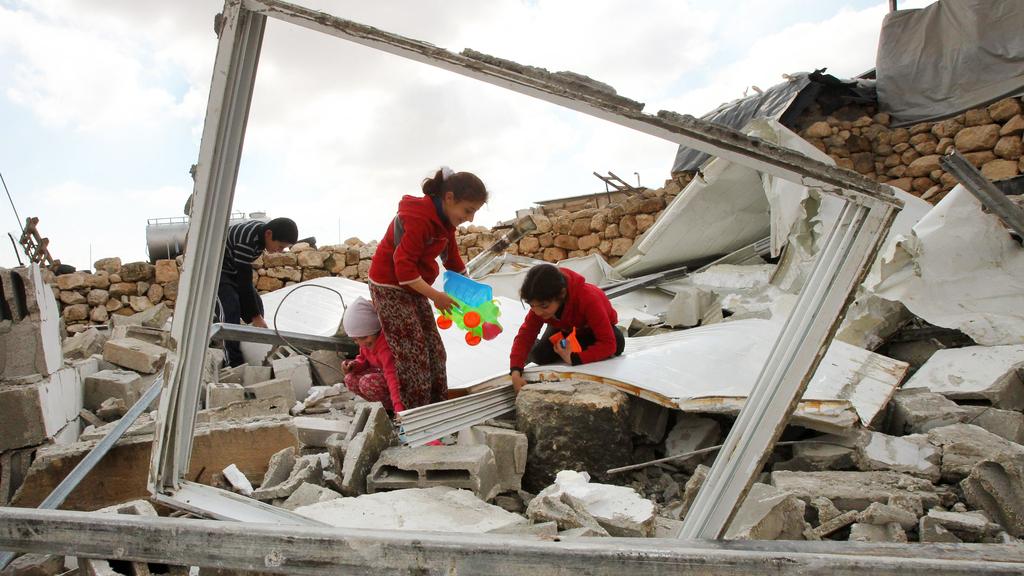 Palestinian children search for toys in the remains of their home in Jinba after it was demolished by Israeli bulldozers on February 2, 2016. Hazem Bader/AFP

The Israeli municipality of West Jerusalem on Sunday ordered a Palestinian man to demolish his house in the east Jerusalem town of Beit Hanina, displacing his family members.

According to local sources, Palestinian citizen Arafat al-Rajaby demolished his 50-square-meter house using a bulldozer after Israeli authorities forced him to do so under the pretext of lacking an Israeli-issued building permit.

The move resulted in the displacement of the 10-member family. The owner carried out the demolition in order to avoid paying exorbitant costs to the Israeli municipality of West Jerusalem.

Palestinians in occupied Jerusalem are forced to build without permits because the Israeli municipality rarely grants construction permits to the city’s Palestinian citizens as a way to alter its demographic identity in favour of Israeli settlers.