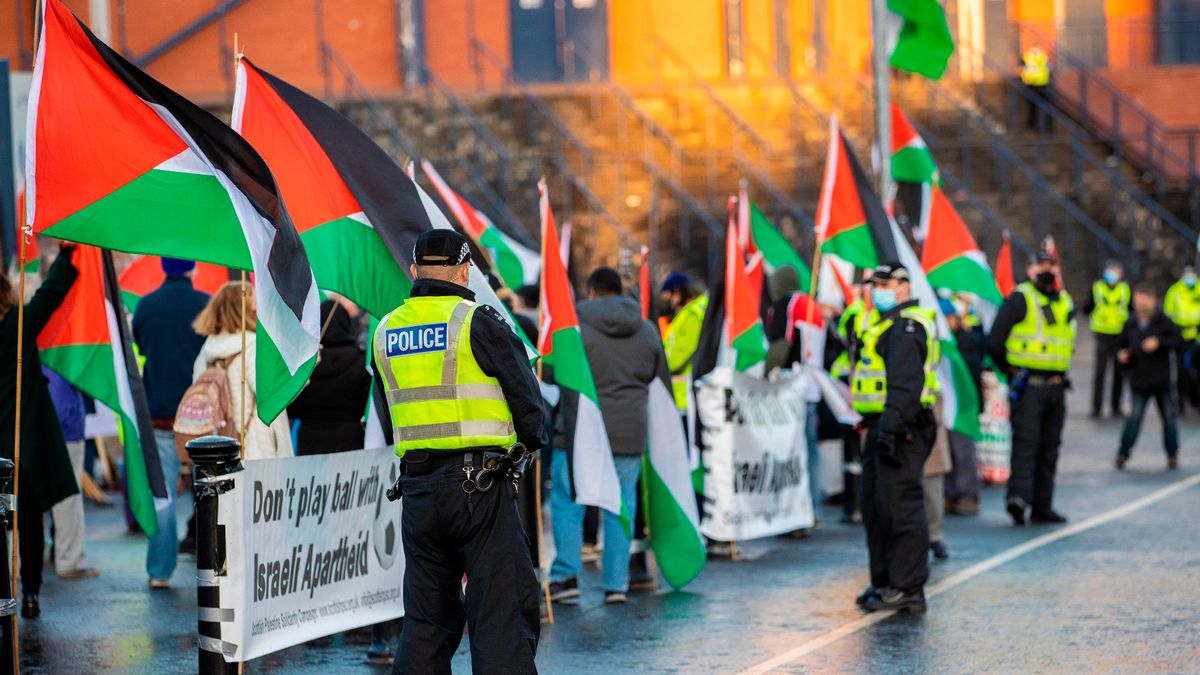 Palestinian flags were hung outside Hampden Stadium ahead of Scotland's clash with Israel in the EURO 2020 championship game. (File photo/SNS)

Many others took part in the Scottish Palestine Solidarity Campaign demonstration outside the national stadium, according to The Scottish Sun, Scotland’s largest newspaper.

The protests come after red 'blood' paint was poured over the entrance to Hampden in another protest last month to express their resentment over Israeli human rights violations in occupied Palestine.

The messages "Palestinian blood!" and "Free Gaza" were also spray-painted on walls on either side of the bus ramp.

At around 3pm Saturday, protesters were seen waving Palestine flags and holding up banners. The group outlined their plans for the demonstration on Twitter earlier in the week.

The campaign says "Israel is waging a war against Palestinian social life, including sports."

The group also says that Israeli occupation army snipers "have killed many promising young players as part of its ongoing shoot-to-maim and shoot-to-kill policy against demonstrators."