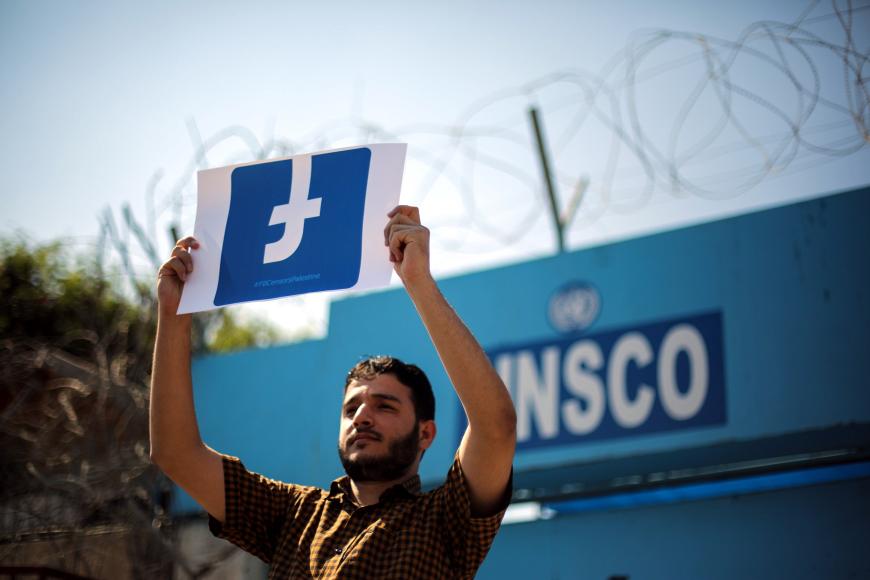 Facebook has wrongfully removed and suppressed content by Palestinians and their supporters, including about human rights abuses carried out in Israel and Palestine during the May 2021 hostilities, said Human Rights Watch (HRW) in a report issued on Friday.

HRW said that the company’s acknowledgment of errors and attempts to correct some of them are insufficient and do not address the scale and scope of reported content restrictions, or adequately explain why they occurred in the first place.

“Facebook has suppressed content posted by Palestinians and their supporters speaking out about human rights issues in Israel and Palestine,” said Deborah Brown, senior digital rights researcher and advocate at Human Rights Watch. “With the space for such advocacy under threat in many parts of the world, Facebook censorship threatens to restrict a critical platform for learning and engaging on these issues.”

An escalation in violence in parts of Israel and the Occupied Palestinian Territory (OPT) during May led people to turn to social media to document, raise awareness, and condemn the latest cycle of human rights abuses. There were efforts to force Palestinians out of their homes, brutal suppression of demonstrators, assaults on places of worship, communal violence, indiscriminate rocket attacks, and airstrikes that killed civilians.

Human Rights Watch documented that Instagram, which is owned by Facebook, removed posts, including reposts of content from mainstream news organizations. In one instance, Instagram removed a screenshot of headlines and photos from three New York Times opinion articles for which the Instagram user added commentary that urged Palestinians to “never concede” their rights. The post did not transform the material in any way that could reasonably be construed as incitement to violence or hatred.

In another instance, Instagram removed a photograph of a building with a caption that read, “This is a photo of my family’s building before it was struck by Israeli missiles on Saturday May 15, 2021. We have three apartments in this building.” The company also removed the reposting of a political cartoon whose message was that Palestinians are oppressed and not fighting a religious war with Israel.

All of these posts were removed for containing “hate speech or symbols” according to Instagram. These removals suggest that Instagram is restricting freedom of expression on matters of public interest. The fact that these three posts were reinstated after complaints suggests that Instagram’s detection or reporting mechanisms are flawed and result in false positives. Even when social media companies reinstate wrongly suppressed material, the error impedes the flow of information concerning human rights at critical moments, Human Rights Watch said.

The Oversight Board recommended that Facebook engage an external, independent entity to conduct a thorough examination to determine whether Facebook has applied its content moderation in Arabic and Hebrew without bias, and that the report and its conclusions should be made public. This recommendation echoes multiple calls from human rights and digital rights organizations for a public audit.

In addition to removing content based on its own policies, Facebook often does so at the behest of governments. The Israeli government has been aggressive in seeking to remove content from social media. The Israeli Cyber Unit, based within the State Attorney’s Office, flags and submits requests to social media companies to “voluntarily” remove content. Instead of going through the legal process of filing a court order based on Israeli criminal law to take down online content, the Cyber Unit makes appeals directly to platforms based on their own terms of service. A 2018 report by Israel’s State Attorney's office notes an extremely high compliance rate with these voluntary requests, 90 percent across all platforms.

HRW said protecting free expression on issues related to Israel and Palestine is especially important in light of shrinking space for discussion. In addition to Israeli authorities, Palestinian authorities in the West Bank and Gaza have systematically clamped down on free expression, while in several other countries, including the US and Germany, steps have been taken to restrict the space for some forms of pro-Palestine advocacy.

“Facebook provides a particularly critical platform in the Israeli and Palestinian context, where Israeli authorities are committing crimes against humanity of apartheid and persecution against millions, and Palestinians and Israelis have committed war crimes,” Brown said. “Instead of respecting people’s right to speak out, Facebook is silencing many people arbitrarily and without explanation, replicating online some of the same power imbalances and rights abuses we see on the ground.” 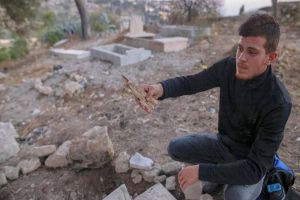 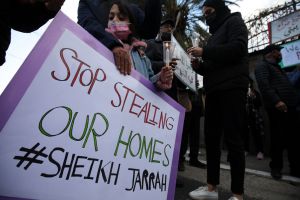 Sheikh Jarrah Families Can stay in Their Homes for 15 Years as 'Tenants', Court Rules