Palestinian children weep at the funeral for their loved ones in Rafah, southern Gaza Strip (File photo/UNICEF).

The lasting impact of the latest round of Israeli escalation builds on already existing trauma from previous conflicts and a grueling ongoing blockade on the Gaza Strip, warned the UN Agency for Palestine Refugees (UNRWA).

UNRWA said in a feature published on the World Mental Health Day, that sixty-six children were killed in the latest conflict in Gaza and some 113,000 Palestinians were displaced during the 11 devastating days.

The more than two million Palestinians who call Gaza home have lived through four wars in the last thirteen years and this latest round of hostilities added another layer of psychological distress on an already traumatized population.

On this World Mental Health Day, UNRWA underscored the importance of a life lived in dignity and free of the violence of war, remembering that the right to health, education and a dignified life are clearly enshrined in international human rights law.

UNRWA also lauded the valiant efforts of mental health care professionals like those who are on the frontlines of service provision in Gaza.  Many of them were involved in this year’s Gaza Keeping Kids Cook summer activities, providing vital psychosocial support to tens of thousands of traumatized children.

People in Gaza have already been living on the edge and many families struggle to put food on the table. Their situation has deteriorated even further over the past year due to COVID-19 pandemic restrictions. 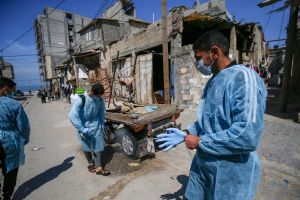 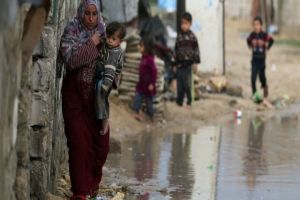