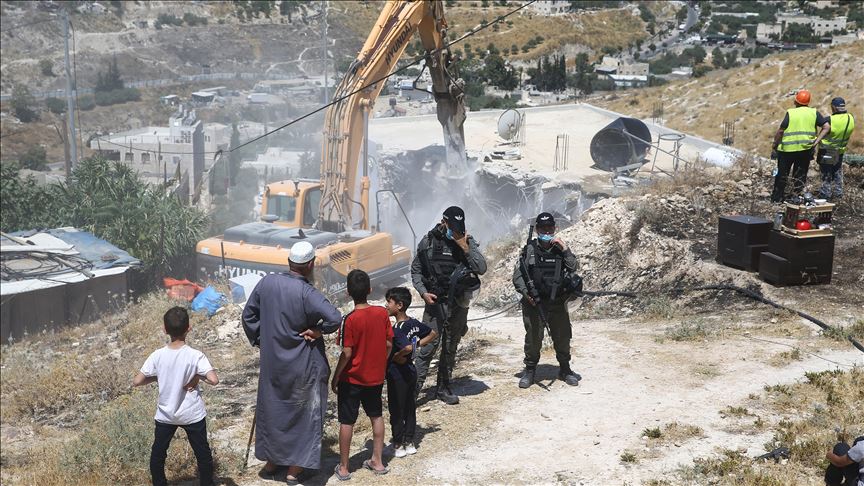 The Israeli occupation forces on Tuesday tore down a Palestinian house in the Bedouin community of Abu Nuwar, east of Jerusalem, according to local sources.

Activist Daoud Jahalin was quoted by WAFA news agency as stating that an Israeli force cordoned off the community, dismantled a 45-square-meter house belonging to Suleiman Mohammadin and seized its contents, displacing his eight-member family.

He pointed out that the demolition was intended to forcefully displace the community and seize their land for colonial settlement construction.

Located in the so-called “Area C” of the West Bank, the community has been prevented by the Israeli authorities from undertaking any construction, including roads that would allow a school bus to access the community and safely bring the children to and from school.