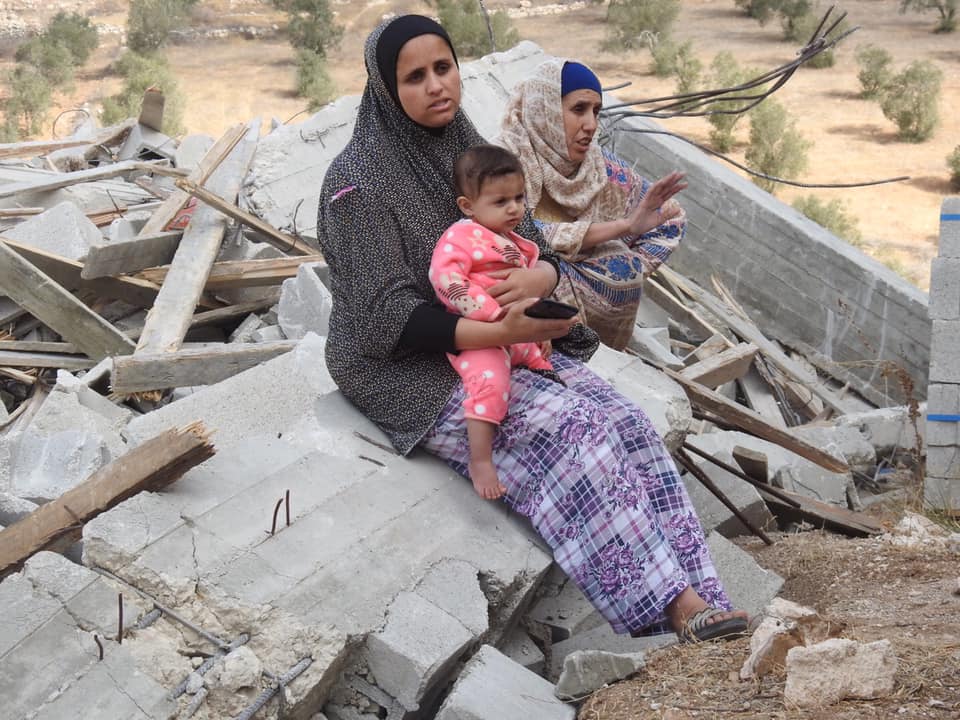 Members of the Jawa‘da family sit on the rubble of their demolished house in Sika village. Photo: WAFA

The Israeli occupation authorities on Monday demolished a Palestinian house in Sika village, southwest of Hebron, according to a human rights group.

The Alliance for Human Rights, a group of activists documenting human rights abuses in Palestine, said that Israeli forces and officers of the so-called Israeli Civil Administration (ICA) demolished a house under construction in the village near the section of the West Bank wall, displacing a family of seven people, including children.

WAFA correspondent said that the house, located adjacent to Sika Elementary School, belongs to Ahmad Jawa‘da, while pointing that Israeli soldiers used tear gas canisters and concussion bombs to disperse the villagers who attempted to confront the bulldozer.

Head of the Village Council, Walid Hshaish, said that Israel has constructed a section of the apartheid wall, confiscating hundreds of dunams of the villagers’ farmland for colonial settlement activities and pushing the villagers into a crowded enclave, a ghetto, surrounded by walls, settlements and military installations.