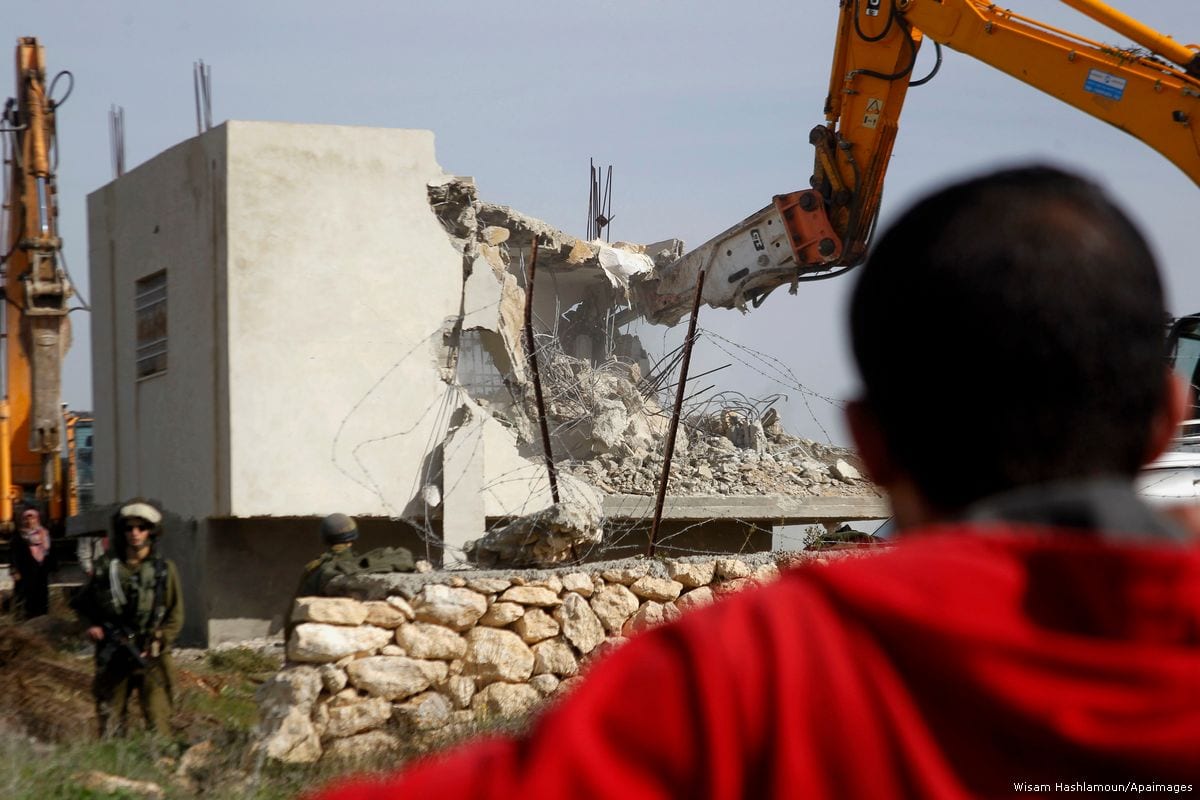 A Palestinian man sees the demolition of a home at the order of the Israeli army in the West Bank. (Wisam Hashlamoun/Apa photo)

The Israeli occupation forces on Tuesday ordered the demolition of a Palestinian house under construction in Ghazara town, east of the West Bank city of Bethlehem.

According to local sources, Israeli soldiers gave Palestinian citizen Ahmad Mousa Dhuweib a notification to tear down his one-storey house in the village purportedly for being built without a license.

Israel’s house demolitions are routine in the occupied West Bank and make part of its attempts to reinforce its demographic control of the occupied territories.

In contrast, Israel argues that building within existing colonial settlements is necessary to accommodate the “natural growth” of settlers. Therefore, it much more easily gives the over 700,000 Jewish Israeli settlers there building permits and provides them with roads, electricity, water and sewage systems that remain inaccessible to many neighboring Palestinians.