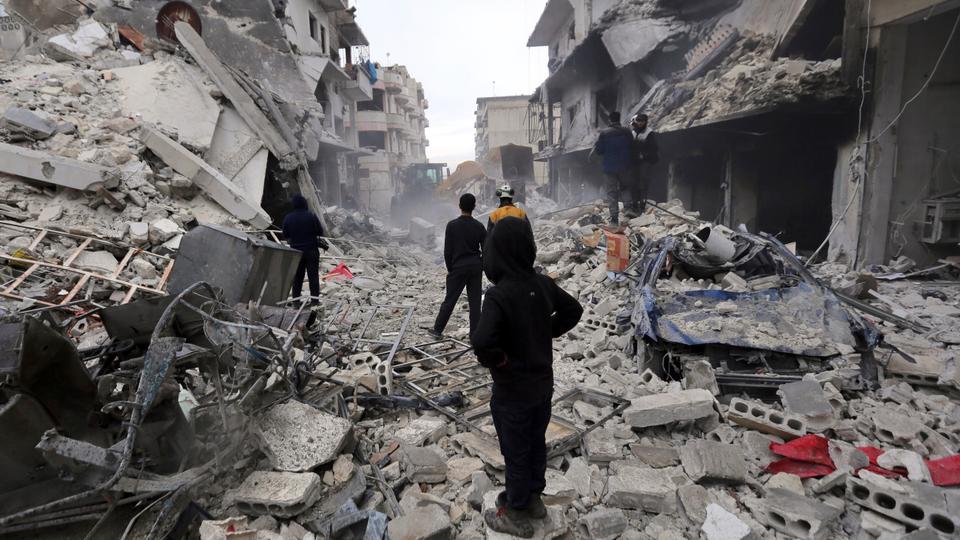 In this file photo, Syrian rescuers use a bulldozer to remove rubble of a destroyed building that covers a street after air strikes in the town of Ariha, in Idlib province, Syria, Thursday, January 30, 2020. (AP)

Palestinian refugee Kamar Bilal Hafedh and her students were killed as the Syrian regime army and their Russian partners struck Ariha city, in northern Syria.

The air strike left 10 people dead, including four children and a woman. 20 other persons sustained injuries.

Kamar, an Arabic language instructor, was born in 1993 and is currently sheltered in Ariha, south of Idlib.

Human rights data indicates that over 480 Palestinian refugee women have been pronounced dead in war-torn Syria due to deadly shelling and fatal torture in prison, among other causes.