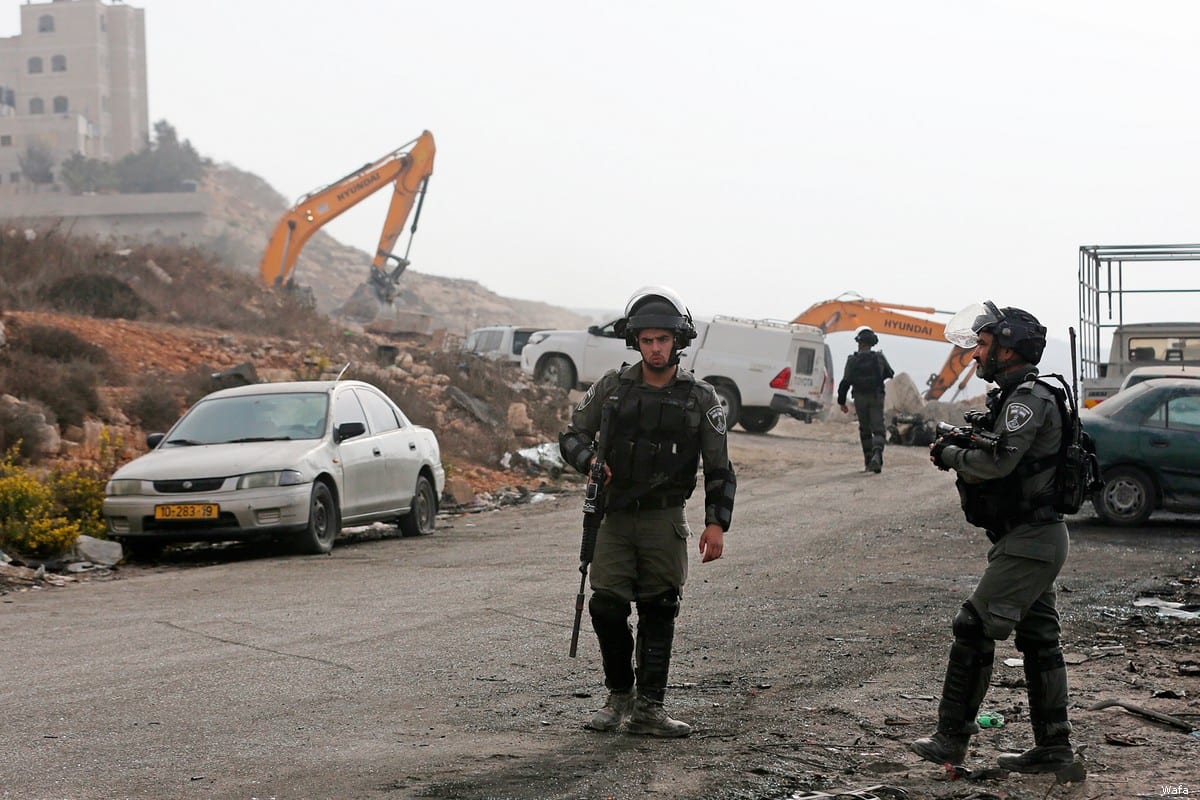 Israeli occupation authorities demolished on Saturday a Palestinian house in the Arab city of Lod, in the central district of 1948-occupied Palestine, under the pretext that it was built without a permit, according to local witnesses.

Israeli police forces accompanied by bulldozers raided Al-Mahatta neighborhood in the city and closed off all roads leading the targeted house, which belongs to Palestinian citizen Ibrahim Touri, before embarking on with the demolition, according to WAFA news agency.

Houses and structures in Arab cities and towns in Israel are a frequent target for demolitions as Israeli authorities make it very difficult for Arab citizens to obtain building permits.

According to Adalah – the Legal Center for Arab Minority Rights in Israel— only 4.6% of new homes built in Israel are in Palestinian towns and villages, even though Palestinians make up over 20% of the population.

Palestinians in present-day Israel are those who stayed on their land following the creation of the occupying state in 1948 and their descendants. They make up about 20 percent of the country's nine million people.

By law, their rights are equal to those of Jewish citizens. But in practice they suffer discrimination in employment, housing, policing and other vital areas.