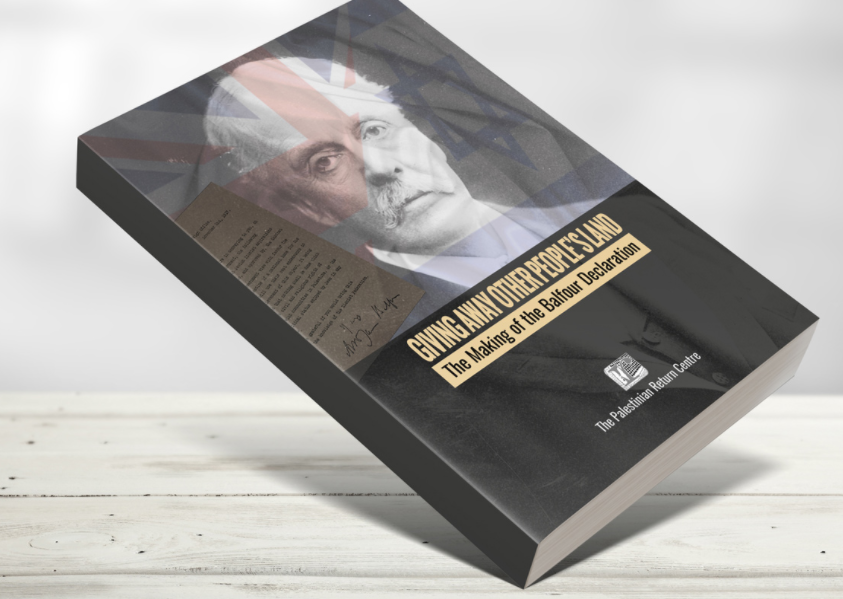 This book, published by PRC in October 2017, provides an in-depth analysis of the motivations and dynamics that culminated in the creation of the Balfour Declaration.

Diplomatic efforts are underway to urge the U.K. government to apologize to the Palestinian people for the tragic aftermaths of the notorious Balfour Declaration, the Palestinian Ministry of Foreign Affairs said on Monday.

The Ministry said in a statement that the political advisor to the Minister of Foreign Affairs, Ahmed Al-Deek, stressed the need for Britain to extend apologies over the pledge and assume responsibility for the plight that has befallen the Palestinian people.

Al-Deek said Britain should recognize the State of Palestine as a compensation for such a historical injustice which has led to the displacement of millions of Palestinians from their homeland.

He added that it is high time the Palestinians retrieved their just and legitimate national rights, most notably the right to return to their homeland, self-determination, and to an independent Palestinian state on the 1967 borders, with East Jerusalem as its capital.

The Balfour Declaration, which has resulted in a significant upheaval in the lives of Palestinians, was issued on November 2, 1917. It turned the Zionist aim of establishing a Jewish state in Palestine into a reality when Britain publicly pledged to establish "a national home for the Jewish people" there.

The British government acknowledged in 1939 that the local population's views should have been taken into account, and recognised in 2017 that the declaration should have called for the protection of the Palestinian Arabs' political rights.

The Balfour Apology Campaign (BAC), kick-started by PRC some seven years ago matches ongoing endeavors to hold Britain historically, morally, and politically accountable for the dispossession and displacement of 750,000 civilians from their own and only homeland—Palestine—to give way for the establishment of the self-proclaimed state of Israel.

In 2017, the UK government’s acknowledgement of its responsibility for the plight that has befallen Palestinian refugees as a consequence of the Balfour Declaration came after an e-petition headed up by PRC and launched on the official website of the British Parliament attracted nearly 14,000 signatures by British nationals in just a few weeks. Duty-bound to respond to the petition, after it managed to pass the benchmark for an official response, the never-sorry government responded 10 days later, only to confirm that it will not extend any apology over the Balfour pledge.