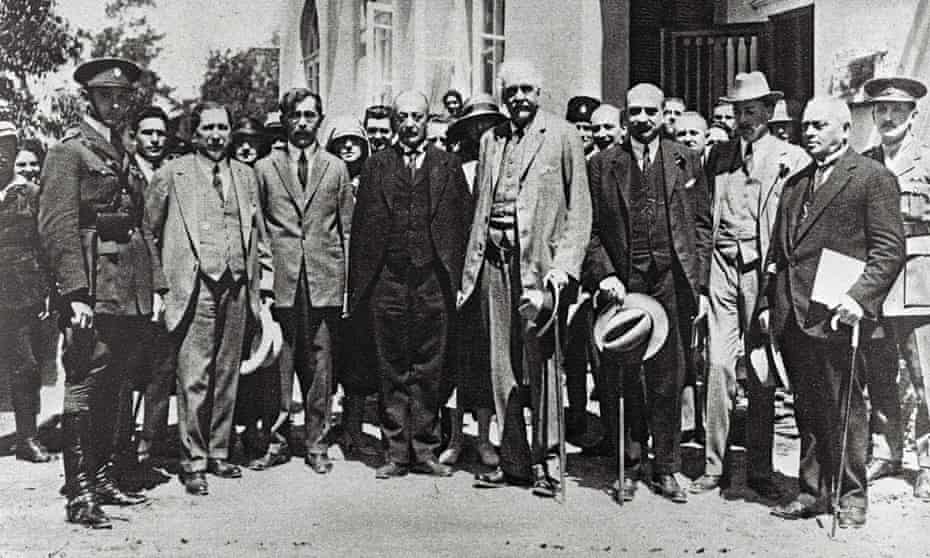 104 years on, the Palestinians continue to grapple with the tragic repercussions of the Balfour Declaration, issued on November 2, 1917 and which turned the Zionist aim of establishing a Jewish state in Palestine into a reality, when Britain publicly pledged to establish "a national home for the Jewish people" there.

Efforts have been on the go over the past decades to urge the U.K. government to apologize to the Palestinians over the notorious pledge which has resulted in a significant upheaval in the lives of the Palestinians.

In 2017, PRC succeeded to force a confession by the British Government that the Balfour pledge amounts to an aggression on the rights of the Palestinian people. The confession implies Britain’s sense of guilt and implicit acknowledgment that it has been standing on the wrong side of history.

“We recognise that the Declaration should have called for the protection of political rights of the non-Jewish communities in Palestine, particularly their right to self-determination”, said the British Government in response to a petition that, up to that time, garnered 13,637 signatures, urging “Her Majesty’s Government to openly apologize for the Balfour Declaration” and for the aftermaths of Britain’s colonial policy (1917-1948) that led to mass displacement of the Palestinian nation.

The U.K. government’s confession that the Balfour Declaration failed to take into account Palestinian rights at the same time as it declared that it “does not intend to apologize” over the pledge is one of the worst forms of imperial double-standard policy and arrogance.

The effect of this declaration was best summed up by the late British author and journalist Arthur Koestler: “One nation solemnly promised to a second nation the country of a third.”

The declaration contradicted Britain’s previous promise of “complete and final liberation” for the Arabs if they rose up against their Ottoman rulers.

Balfour reneged on his own pledge in his letter to Rothschild that “nothing shall be done which may prejudice the civil and religious rights of existing non-Jewish communities in Palestine”.

In 1919, he wrote in a memorandum: “In Palestine we do not propose even to go through the form of consulting the wishes of the present inhabitants of the country… Zionism be it right or wrong is more important than the wishes of 700,000 Arabs,” who constituted some 94 percent of the population of Palestine at the time.

The Balfour Declaration, and its implementation by the British mandate in Palestine from 1920, culminated in Israel’s creation in 1948, and the wholesale dispossession of the Palestinian people. As such, every anniversary of the declaration should be used to highlight Britain’s central responsibility for the Palestinians’ plight, and its continued refusal to right a monumental wrong.