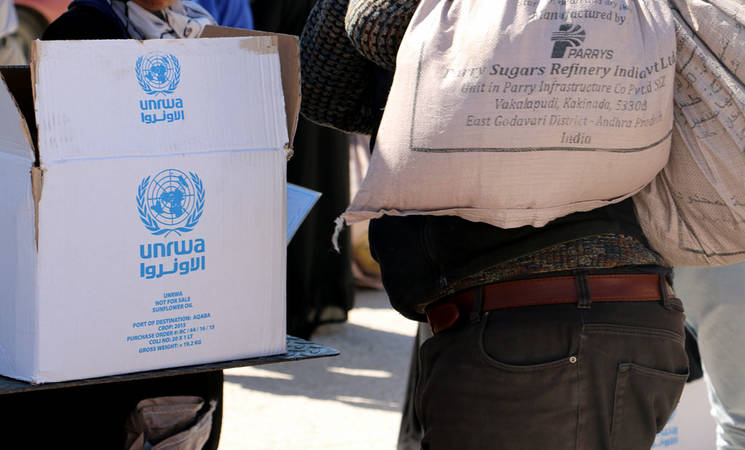 Cuts to the budget of the UN’s relief agency for Palestinians – including a halving of the UK grant – means the agency is close to collapse, the head of the agency, Philippe Lazzarini, has said.

Lazzarini, the commissioner general of UN Relief and Works Agency for Palestine Refugees (UNRWA), which serves Palestinians in the West Bank and Gaza but also in Jordan, Syria and Lebanon, told The Guardian that the agency was in an existential crisis due to a $100m (£74m) shortfall this year, but also because of a method of long-term funding that has proved unsustainable.

He said the mood among Palestinians was one of distress, boiling despair and hopelessness. When the UN agency is struggling financially to deliver the most essential services it creates a deep sense of abandonment, he said.

The UK was the third largest overall donor to UNRWA in 2020, but its latest cut starts to put the UK in the second tier of contributors. The agency operates about 700 schools catering for 550,000 children, and provides health centres and social welfare to Palestinian refugees and their descendants.

“It is a direct impact of this policy decision to reduce the aid budget from the equivalent of 0.7% of gross national income to 0.5%,” Lazzarini said. “It has a humanitarian impact. It has a human development impact. We calculate the decrease in aid as the equivalent of more than 70,000 boys and girls in our schools.”

Lazzarini, who was in London to urge the Foreign Office to rethink the cuts, denied the organisation was bloated. “We have had the same resources as 2013, and yet over the years we have had many demands placed upon us, so we have had no other choice but to go for drastic austerity measures to keep services afloat,” he said.

He said the agency’s core $800m budget needed to be put on a more predictable footing and there would be a special conference in Brussels this month to urge donors to end the annual hand-to-mouth funding of the agency.

UNRWA was hit hard in 2018 when Donald Trump halted US funding, leaving other countries to scramble to fill the unexpected deficit. But the re-engagement of the US under Joe Biden has been offset by the lack of multi-year commitments as yet from the Gulf countries, and by decreases from other countries such as the UK.

“It is not a short-term problem. Our current funding model is leading the agency to a collapse,” Lazzarini said. “It has become so unstable it is causing an existential threat to the organisation. Year after year, we are in an ever more exacerbated situation.

“Right now at the beginning of November, I have nothing in my bank account”, he said. “I do not know how I will cover the costs and salaries and that means thousands of teachers and thousands of health workers, and that means losing critical services in a highly unstable environment. We started this year with a critical liability. I cannot print money. I cannot borrow money. All I can do is delay and build up.”

Lazzarini said UNRWA was “irreplaceable” when it came to providing education to Palestinian refugees. “It is a good question what happens to these children if we cannot educate them, and the schools are shut. There will be a void. We would enter into uncharted territory, and the question is, who will fill this gap in places like Gaza, in the refugee camps in Lebanon. We do not have the answer.”

Faced by repeated criticism of anti-Israeli bias in the school curriculum, he said: “Every year we have tens of schools that are rewarded by the British Council for the quality of their education. By investing in the education of more than 500,000 boys and girls in the region, we are not only investing in the future but in the stability of the region.”

“It is not UNRWA that is perpetuating refugee statehood. Refugee statehood is perpetuated by the absence of a political solution, and there is no Palestinian, I promise you, that wants to remain a refugee after such a long time”, he confirmed.