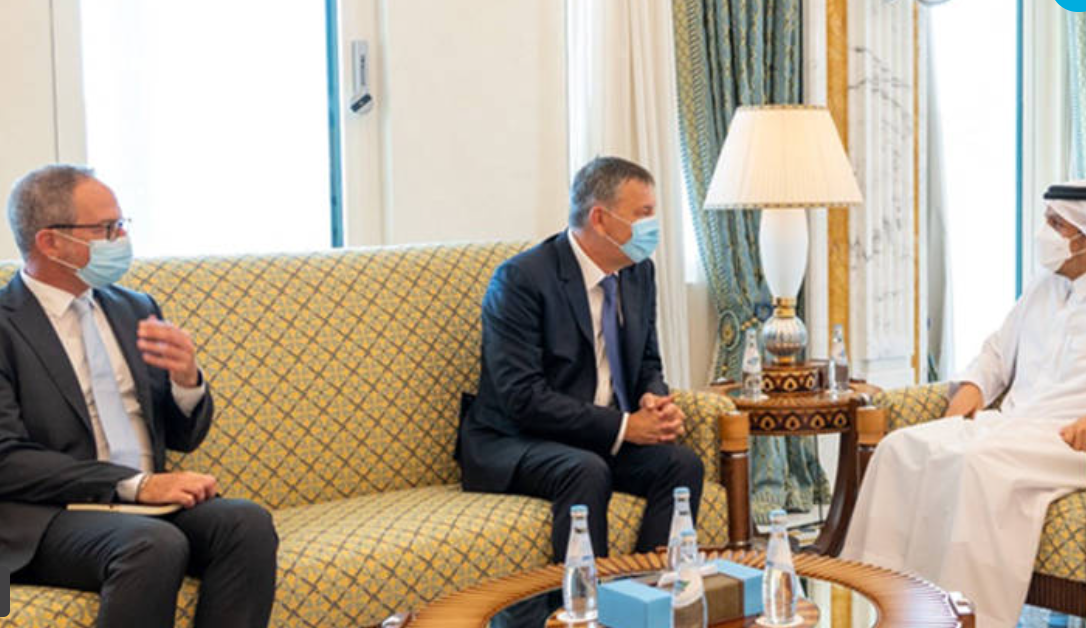 Commissioner-General of the United Nations Relief and Works Agency for Palestine Refugees in the Near East (UNRWA), Philippe Lazzarini, concluded a two-day high-level visit to Doha, Qatar.

UNRWA said in a press release issued on Thursday that the visit highlighted the strategic partnership between UNRWA and the State of Qatar, with the signing of two important agreements with the Qatar Fund for Development (QFFD) in support of Palestine refugees in the region. The agreements were signed by QFFD Director General Khalifa Jassim Al Kuwari, and UNRWA Commissioner-General, Philippe Lazzarini, during a ceremony in Doha.

The first agreement between QFFD and UNRWA, would provide US$ 18 million, in support of the Agency’s core resources in 2021-2022, with US$ 10 million disbursed in 2021 and US$ 8 million in 2022. The second agreement, worth US$ 7 million will fund the Agency’s emergency programmes in Syria, including cash assistance, education, health and vocational training.

During the visit, the Commissioner-General of UNRWA met with Sheikh Mohammed bin Abdulrahman Al-Thani, Deputy Prime Minister and Minister of Foreign Affairs of Qatar. He also met with Khalifa Jassim Al-Kuwari, Director General of Qatar Fund for Development. With Ali bin Hasan Al-Hammadi, Secretary General of Qatar Red Crescent. Meeting with Ambassador Mohammed Al Emadi, Chairman of Qatari Committee for Reconstruction of Gaza, Meeting with Sheikh Hamad Nasser Al-Thani, Chairman of the Board of Directors of Qatar Charity.

Lazzarini expressed his appreciation to the State of Qatar for these crucial contributions and said: “The outstanding demonstration of support by the State of Qatar and the Qatar Fund for Development will not only contribute to the ability of UNRWA to maintain its vital services for Palestine refugees, but it will also encourage other partners to strengthen their commitments and join our efforts to prevent a major humanitarian crisis.”

The Commissioner-General also referred to the historic role that the government of Qatar played in support of Palestinian refugees in Lebanon, Syria, Jordan, Gaza, and the West Bank, including East Jerusalem. The State of Qatar has long been an important donor to UNRWA through its government and through several Qatar-based organizations in the fields of development and relief, such as QFFD, Qatar Charity, Education Above all, Qatar Red Crescent.

Since its establishment, the contributions provided by the State of Qatar to the Agency have totaled US$ 137,864,999 million, enabling UNRWA to continue to provide essential services to Palestine refugees across the Middle East.