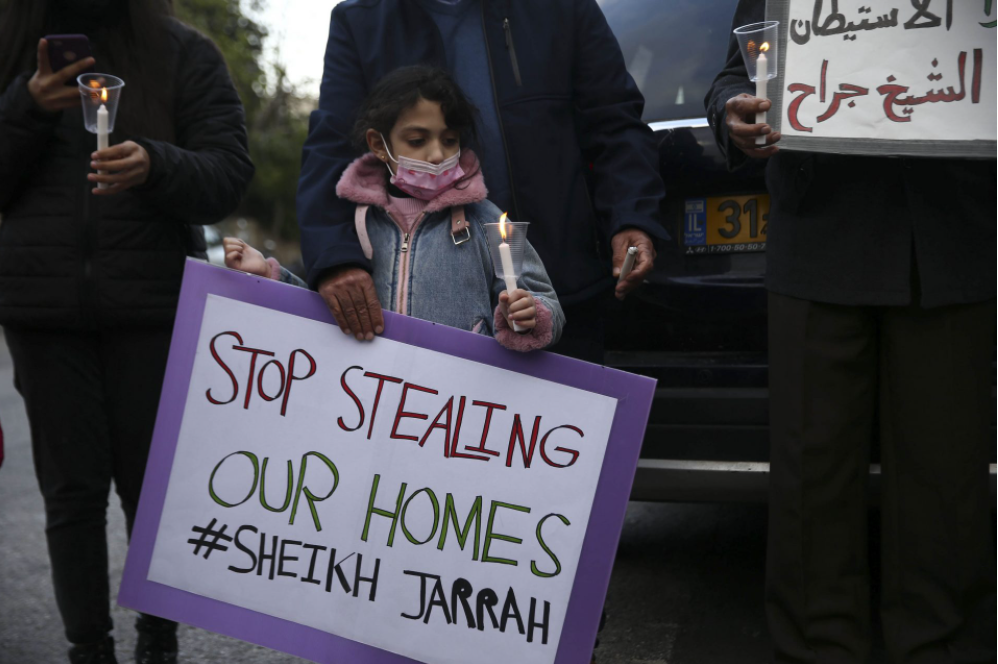 Palestinian families facing eviction from their homes in Jerusalem's Sheikh Jarrah neighbourhood on Friday turned down an Israeli court's offer to provide them 'protected residence' status, a member of one of the families said.

According to the Middle East Monitor, the court said that if the families pay rent to the settler organisation which claims the land on which their homes are built, their properties will not be demolished

Israeli High Court of Justice (HCJ) made the offer last month, with Israeli media outlets calling it a "compromise". Palestinians have, however, refused to agree to a ruling which would see their land and homes taken from them and handed to settler groups.

The ruling would list Jewish-owned Nahalat Shimon company as the owners of the property and the three Palestinian families would be forced to pay rent biennially in the sum of 2,400 shekels ($743). The Palestinian families would also agree to pay legal and court costs in the sum of 30,000 shekels ($9,282) to the Nahalat Shimon Company. The court added that over the 15 years, the land ownership issue can be adjudicated.

The court gave the two sides until today to present their own amendments to the proposal, but warned that it will issue a binding rule if the proposal is rejected.

The decision will have serious repercussions for other Palestinian families who all face eviction from their homes by Israeli settlers. Their legal case is based on the claim that Jews owned the land prior to their eviction in 1948.

Currently, there are open eviction lawsuits against a total of approximately 50-60 families in Sheikh Jarrah (30 families – Kerem Al-Jaouni section and 20-30 families – Um Haroun section), which are at various stages of legal proceedings.

"Without the public's knowledge, the authorities have been discreetly registering land rights of properties in Um Haroun to alleged Jewish owners. Such a move is unprecedented and has potential acute ramifications on Palestinian properties not only in Sheikh Jarrah but across East Jerusalem," Israeli rights group Ir Amim said on its website, "which could ultimately lead to widespread Palestinian dispossession in the city and expansion of Jewish settlement."

Under Israeli law, Jews are eligible to seek compensation and reclaim land they consider theirs. No such right however is afforded to the 750,000 Palestinians that were ethnically cleansed during 1947/48 including hundreds of thousands that remained within the state of Israel.