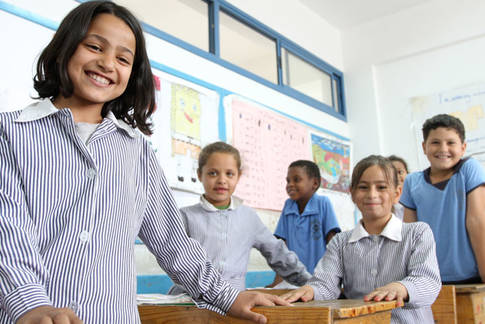 UNRWA is a United Nations agency established by the General Assembly in 1949 and mandated to provide assistance and protection to Palestine refugees registered with UNRWA across its five fields of operation. (File photo: UNRWA)

State Secretary at the Ministry of Foreign Affairs Henrik Thune announced Norway’s intention to increase its contribution to UNRWA for 2021 and 2022 at a high-level meeting in Brussels.

“The UN Relief and Works Agency for Palestine Refugees in the Near East plays a key role in meeting the basic needs and safeguarding the rights of Palestine refugees, as well as in promoting regional stability. However, UNRWA is critically underfunded, and that is why we are now increasing our support,” said Minister of Foreign Affairs Anniken Huitfeldt.

UNRWA’s task is to ensure that the basic needs of Palestine refugees are met and their rights adequately safeguarded. Under its mandate, UNRWA provides assistance to over 5.7 million Palestine refugees in Lebanon, Jordan, Syria, the West Bank, and Gaza, and ensures that they have access to essential services such as education, healthcare, food aid and shelter. The organisation is also a significant employer of Palestine refugees.

The Norwegian Government has decided to increase its humanitarian support for UNRWA’s efforts in Lebanon by NOK 17 million. The Government will also strengthen Norway’s core support to UNRWA this year. The exact size of the increase will be determined in December.

So far this year, Norway has provided NOK 217 million in funding to UNRWA. Norway is planning to increase its core support to UNRWA from 2022.