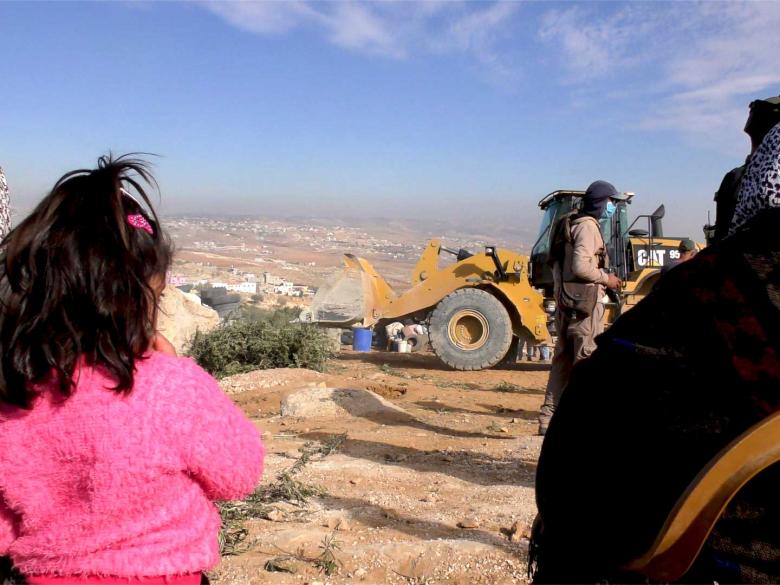 The Israeli occupation authorities demolished on Tuesday a Palestinian house and issued demolition orders against two other houses in West Bank communities, according to local sources.

The demolished house is located in Khirbit Maeen community in Masafer Yatta, to the south of the occupied West Bank, and covers an area of 200 square meters. The demolition was carried out under the pretext of unlicensed construction.

The Israeli military government, which rules Area C of the occupied West Bank, where Masafer Yatta is located, hardly give construction permits to the Palestinians.

Two other houses received demolition notices under the same pretext. They are located in the nearby Khirbit al-Fakhit and in Khirbit al-Markaz, both Bedouin communities in Masafer Yatta.