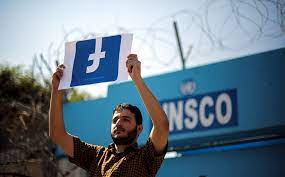 Sada Social Center, which specializes in protecting the Palestinian narrative on social media platforms, said yesterday it has launched a campaign urging users worldwide to give Facebook a one-star review in the Apple and Google app stores over the social media giant’s ongoing censorship of Palestinian digital content, according to WAFA news agency.

The campaign called on activists in Palestine and the rest of the world to lower Facebook's ratings through Apple Store and Google, stressing the importance of this step in drawing Facebook's attention to the fury of the Palestinian public due to its bias with the Israeli occupation, its unfairness against the Palestinian cause, and its targeting of journalists, activists, and freedoms in general.

Last week, thousands of users tweeted using the hashtag #FbCensorsJerusalem to express their resentment over the massive censorship by Facebook of pro-Palestinian digital content and for its prompt response to requests by the Israeli occupation demanding removal or restriction of such content.

The scope of the interaction is expanding rapidly, as influential figures, media professionals, and politicians from all over the world participated in the campaign, amid calls to protect Palestinian content and stop the deletion and blocking spree that has stifled hundreds of Palestinian accounts and pages.

On Thursday, the campaign held a vigil against Facebook's policies in Hebron City, in the southern West Bank.

The campaign and its organizers affirmed that they will continue until Facebook retracts its fight against Palestinian content and its double standards, and demanded a cancellation of the digital algorithms that favor the Israeli occupation and automatically remove Palestinian pages, accounts and posts.

Last month, a Human Rights Watch report accused Facebook of wrongfully removing and suppressing content by Palestinians and their supporters, including about human rights abuses carried out by Israel during the aggression on Gaza and Jerusalem in May this year.

“Facebook has suppressed content posted by Palestinians and their supporters speaking out about human rights issues in Israel and Palestine,” said Deborah Brown, senior digital rights researcher and advocate at Human Rights Watch.

“With the space for such advocacy under threat in many parts of the world, Facebook censorship threatens to restrict a critical platform for learning and engaging on these issues.” 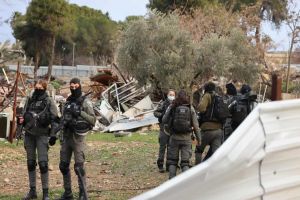