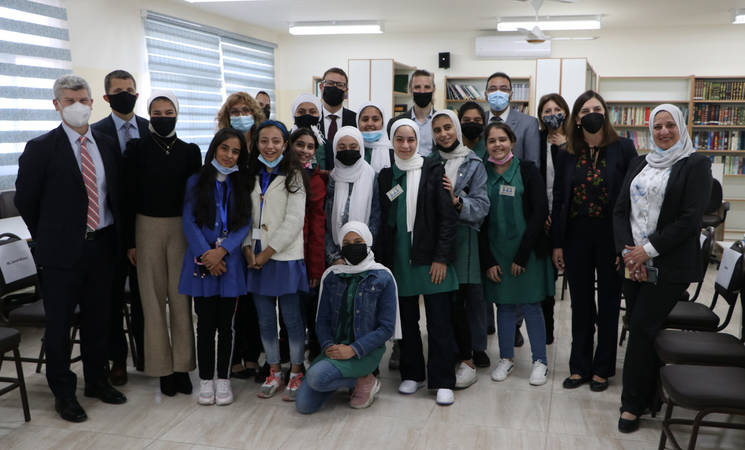 UNRWA said in a Monday press release that the school’s construction, overseen by the United Nations Relief and Works Agency for Palestine Refugees in the Near East (UNRWA), was financed by contributions from the U.S. government and made possible by a land grant from the Jordanian government.

SBO Jackson and UNRWA Commissioner-General Philippe Lazzarini gave public statements along with the Officer-in-Charge of UNRWA Affairs in Jordan, Olaf Becker.  SBO Jackson then participated in ribbon cutting and toured the school facility.

“The United States values UNRWA’s critical role in serving the humanitarian and human development needs of millions of Palestinian refugees across the Middle East through high-quality and cost-effective services.  Whether providing education and health care, providing food and emergency assistance for those affected by conflict, or addressing the protection needs of Palestinians,” said SBO Jackson said at the inauguration of the UNRWA Zuhour School and added, “UNRWA is a force for stability in the region and a lifeline for millions of vulnerable Palestinians.  UNRWA’s services must remain for those who need them most.” SBO Jackson’s visit underscores the U.S. commitment to UNRWA and to reaffirm the U.S. partnership with the Government of Jordan in support of all refugees in Jordan.

Through this project, the United States provided US$ 3.8 million to support the construction of a new green school building in Zohour to replace four rented schools serving more than 2,100 students. The schools being replaced were double-shifted, crowded, and had structural damage that presented a serious risk to the safety of UNRWA students and staff.

In addition to savings from rent and green features such as LED lights, rainwater harvesting, and water efficient taps, the new school building is projected to save UNRWA more than US$ 500,000 annually in reduced expenditures. It also includes libraries, computer and science labs, space for students to play, and facilities designed to meet the needs of students and community members with disabilities.

“Giving young girls and boys who are eager to learn the tools to grow and question the world around them is the best investment in human beings, future citizens and in entire communities,” said Commissioner-General Lazzarini. “Half a million children go to UNRWA schools in the region, where the quality education they receive has been lauded by solid external validators. I am grateful to the US for its support and for supporting UNRWA to accompany a refugee towards self-reliance, a journey that starts with the right to education.”

Director of Camp Services Osama Alkam said: “We hold in the highest regard for the United States’ reclaiming of this role and status after a few years of funding cuts.  This support is a major factor in sustaining the operations of the Agency, which is not only basic and essential for Palestinian refugees but also has become a lifeline for millions in the true sense of the word in the context of the security, economic and political challenges in the region and due to the coronavirus.”

SBO Jackson is Head of Delegation for the U.S. government to the Advisory Committee (AdCom) on UNRWA.  At the AdCom, SBO Jackson will reaffirm the US partnership with the Government of Jordan in support of refugees and vulnerable host community members in Jordan. She will meet with beneficiaries of PRM-funded programs that provide life-saving assistance to refugees and vulnerable host communities in Jordan and which promote resiliency and self-reliance through UN and NGO partners.  SBO Jackson will also meet with Jordanian officials, the diplomatic community and humanitarian officials to discuss the refugee response in Jordan and underscore the United States’ commitment and role as the leading donor to UNRWA. 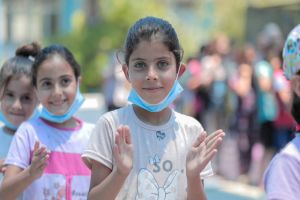