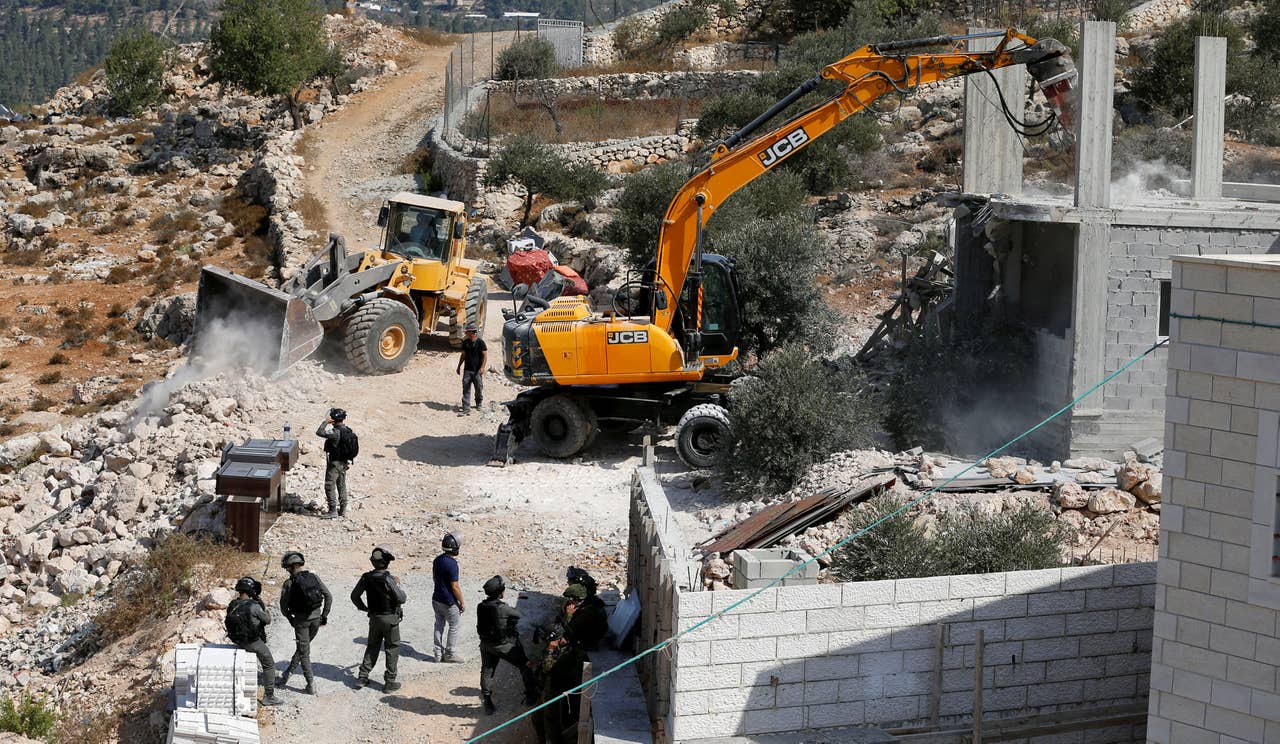 Staff from the Israeli municipality of West Jerusalem protected by Israeli soldiers demolished on Thursday a wall and a room in the village of al-Walaja, north of the southern West Bank city of Bethlehem.

Hasan Breijieh, from the Wall and Settlements Resistance Commission, told WAFA news agency that Israeli soldiers sealed off a section of the village before the municipality bulldozer proceeded to demolish the wall and room, claiming they were built without a permit.

Parts of al-Walaja village were annexed by the Israeli municipality of West Jerusalem and since then its Palestinian residents have been facing daily measures including house demolition and displacement. Dozens of demolition orders have targeted existing houses in an effort to empty the land of its Palestinian citizens and pave the way for illegal settlement expansion.