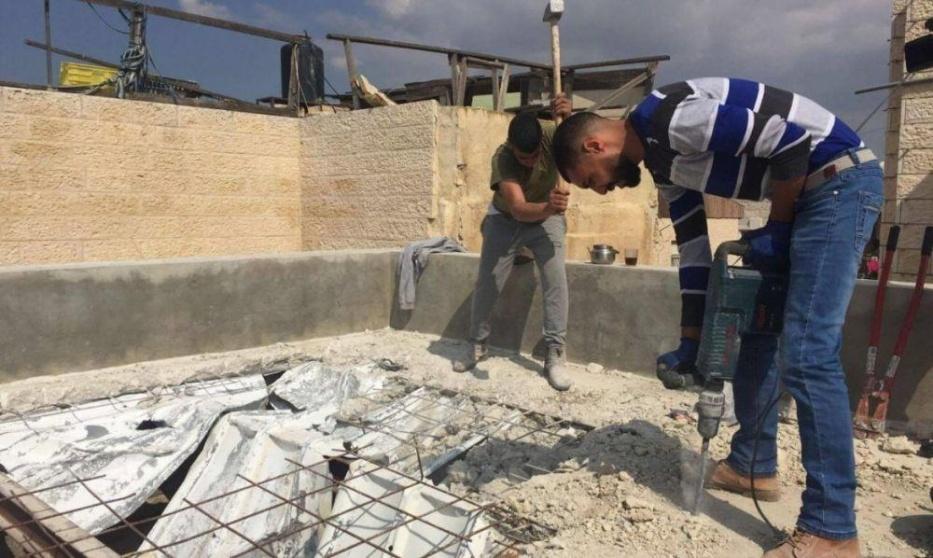 A Palestinian citizen from the occupied Jerusalem neighborhood of Sur Baher embarked on Sunday on demolishing his own home after he was pressured to do so by the Israeli municipality of Jerusalem, according to local sources.

Hasan Burajiya, a spokesman for the Palestinian Authority’s Anti-Settlement Commission, told WAFA news agency that Mohammad Amira was forced to demolish his own home, located in the Wadi Al-Hummus district of Sur Baher neighborhood, after the Israeli municipality issued a demolition order against it under the pretext it was built without a permit.

He added that Mohammad had no option but to demolish the home himself in order to avoid paying unreasonable demolition costs to the Israeli municipality in the event it carries out the demolition.

In July 2019, Israeli occupation authorities demolished 77 residential apartments in Wadi Al-Hummus under the pretext they were close to the Israeli segregation barrier, which separates Jerusalem and the occupied West Bank.