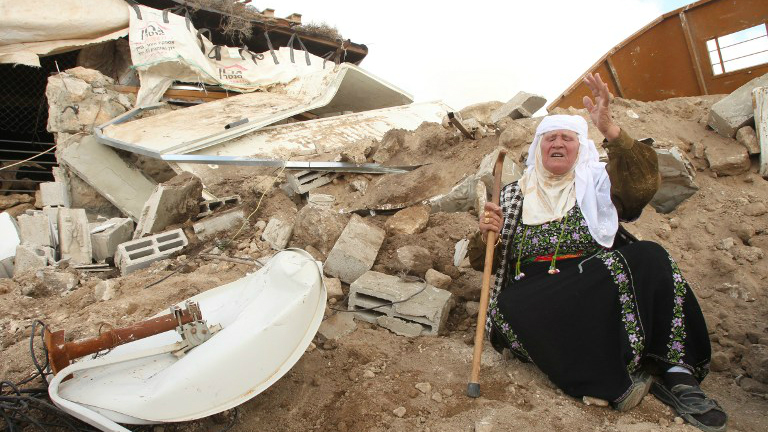 A Palestinian woman sits next to the remains of her home after it was demolished by Israeli bulldozers in Musafir Jenbah, south of the West Bank town of AlKhalil, on February 2, 2016. (AFP/Hazem Bader)

A six-member Palestinian family were left homeless after they were forced by the Israeli authorities to demolish their own house in the occupied Jerusalem neighborhood of Silwan.

According to the house owner Bahaa Zaytoon, the Israeli municipality of West Jerusalem ordered the family to demolish the second floor of the house to avoid paying exorbitant costs if the municipality carries out the demolition on its own.

The house, which was built four years ago, is being demolished under the pretext of unlicensed construction.

Israeli authorities in occupied Jerusalem and the West Bank routinely demolish Palestinian houses and structures using the pretext of unlicensed building. At the same time, Israel continues to greenlight tens of thousands of illegal settlement units.