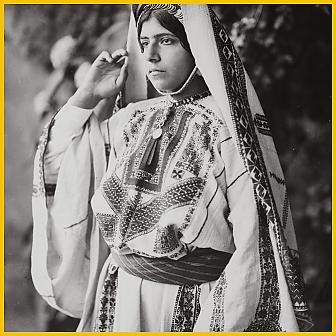 Palestinian embroidery – or “tatreez” – is an artistic tradition passed down through generations that involves hand-stitching patterns and motifs with brightly coloured thread onto clothing. (File photo)

The United Nations cultural agency (UNESCO) has included the art of traditional Palestinian embroidery on its Intangible Cultural Heritage List.

Wednesday’s listing was made during the 16th session of the Intergovernmental Committee for the Safeguarding of the Intangible Cultural Heritage, an annual gathering of hundreds of participants including state representatives, NGOs and cultural institutions.

"This decision resonates the fact that the world does not believe everything related to this occupation, which not only wants to steal the land but also our narrative and existence," Abu Seif told the official Palestine TV.

Abu Seif pointed out that the Palestinian “thobe”, hand-stitched with colorful Palestinian embroidery, is a painting that expresses the presence of the Palestinian people. "No matter how much thieves try to steal this Palestinian reality, they will not be able to convince anyone that they have anything in this country because they seek to Judaize and steal everything in vain," he said.

Palestinian embroidery – or “tatreez” – is an artistic tradition passed down through generations that involves hand-stitching patterns and motifs with brightly coloured thread onto clothing. The thobe, a traditional, loose-fitting dress worn by Palestinian women, is the most commonly embroidered item of clothing.

While the practice originated in rural areas, the culture of stitching and wearing embroidered items is now common across cities and villages, with different patterns representing the various regions in historic Palestine and can act as an indicator for the economic and marital status of the woman wearing it.