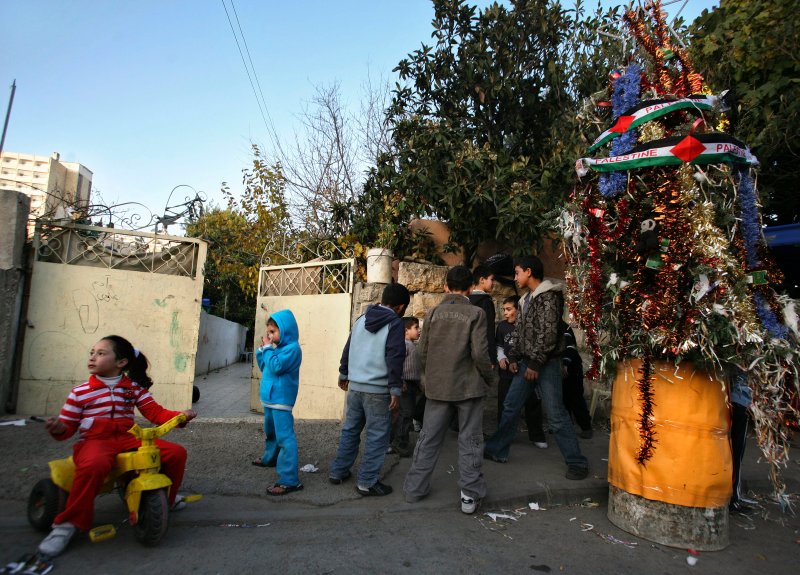 Palestinian children gather around a Christmas Tree during a ceremony in the East Jerusalem neighborhood of Sheikh Jarrah on Dec. 23, 2009. (Photo: AP)

The Israeli occupation authorities issued on Monday an order to evict Palestinian families from their homes in Sheikh Jarrah neighborhood, in occupied East Jerusalem, and to grab their land lot.

The Israeli municipality of West Jerusalem handed over the eviction order to Palestinian citizen Mahmoud Salhia, claiming the decision was issued for "public interest", in reference to their intent to establish a school there.

The eviction, the second in four months, should be carried out by the family no later than January 25.

As a result of the decision, 12 family members, among them nine children, risk to go homeless.

The families set up roots in Sheikh Jarrah after they were forced out of their home in Ein Karem by Israeli militiamen in 1948.

The Israeli authorities will also seize the family’s land lot covering an area of six dunums, and which was bought by their father in 1967.

More than 500 Palestinians living in 28 houses in Sheikh Jarrah neighborhood are facing threats of forced expulsion at the hands of settlement organizations backed by the Israeli government and its judiciary system, which recently issued a decision to displace seven families.