Israeli Municipality Forces Palestinian to Demolish His Own House in Jerusalem 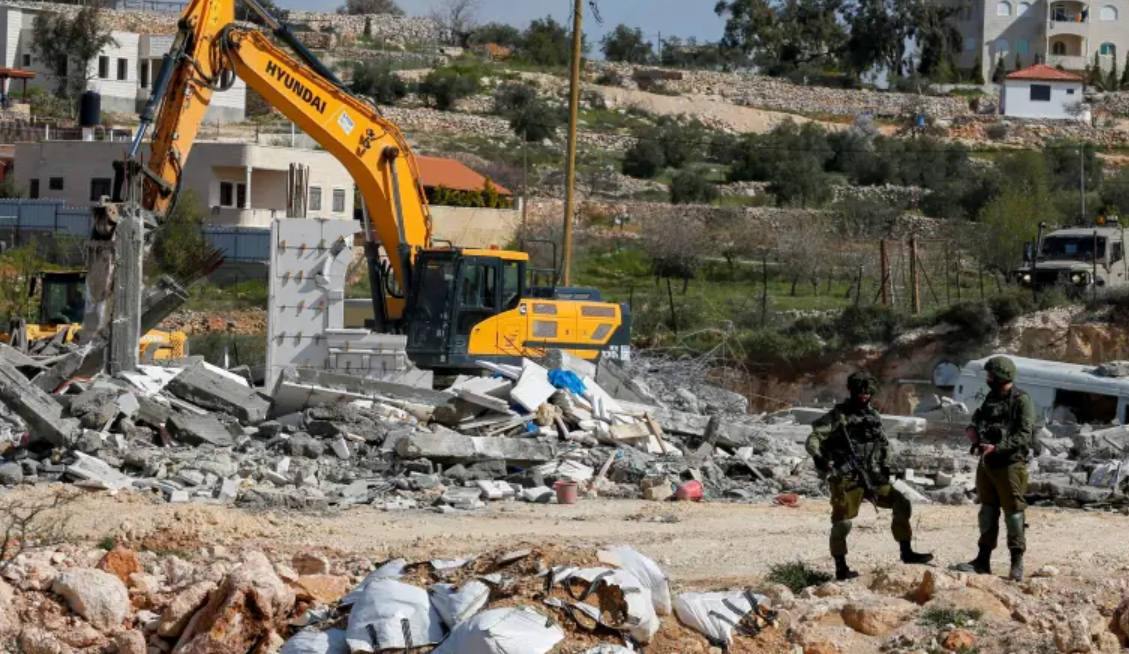 A Palestinian resident of the East Jerusalem neighborhood of Jabal al-Mukaber was forced on Tuesday to demolish his own house to avoid paying high costs and fines after he received a demolition order from the Israeli municipality of West Jerusalem.

The house owner, Mohammed Ja’abees, was quoted by WAFA news agency as stating the Israeli municipality forced him to tear down his 60-square-meter house, which was built over 20 years ago, under the pretext of construction without a permit or else it will demolish it and obligate him to pay the exorbitant costs.

He said that he made renovations to the house about 10 years ago, and since then the occupation municipality has been prosecuting him and imposing exorbitant violations against him, totaling 20,000 Shekels (approximately $6,300), stressing that the last fine amounted to 12,000 Shekels.

The demolition of the house resulted in the displacement of his family and children composed of five members.

Palestinians in occupied Jerusalem say they are forced to build without permit because the Israeli municipality rarely issues permits to the city’s original Palestinian citizens as a way to reduce their number by forcing them to leave it and find accommodation and work elsewhere.