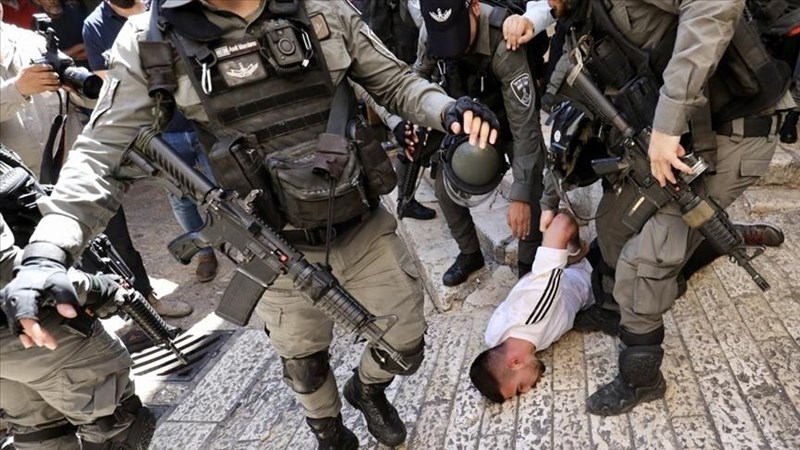 Israeli occupation forces arrested on Thursday a number of Palestinian young men from refugee camps across West Bank villages, according to local sources.

During ensuing confrontations, snipers occupied the rooftop of a local cultural center and targeted a protestor by live ammunition, hitting him in his feet.

Another resident of the Tulkarem refugee camp was arrested by Israeli soldiers deployed in the intermittently staffed ‘Anabta checkpoint, also known as 'Einav, east of Tulkarm city.

The manhunt resulted in the arbitrary detention of dozens of Palestinian youths from villages and cities across the occupied West Bank.

Israeli forces frequently raid Palestinian houses almost on a daily basis across the West Bank on the pretext of searching for “wanted” Palestinians, triggering clashes with residents.