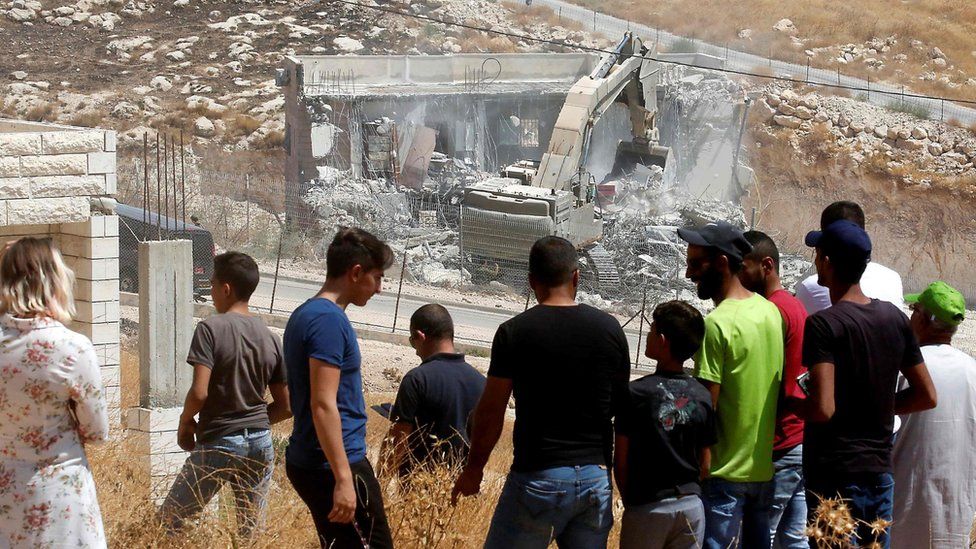 Palestinian news agency WAFA said that municipality staff protected by police, who cordoned off the area where the building is located, proceeded with the help of a bulldozer to demolish the building under the pretext it was built without a permit.

The building owner, Yasin Mustafa, said his three-story building had housed 16 people, who are now left in the street.

Residents clashed with the police during the demolition. There were no reports of injuries.

Palestinians are forced to build on their lands in East Jerusalem without a permit because getting one is an almost impossible task in Israel’s efforts to keep Palestinian presence in the city to a bare minimum while tilting the demographic balance in the Jewish favor.