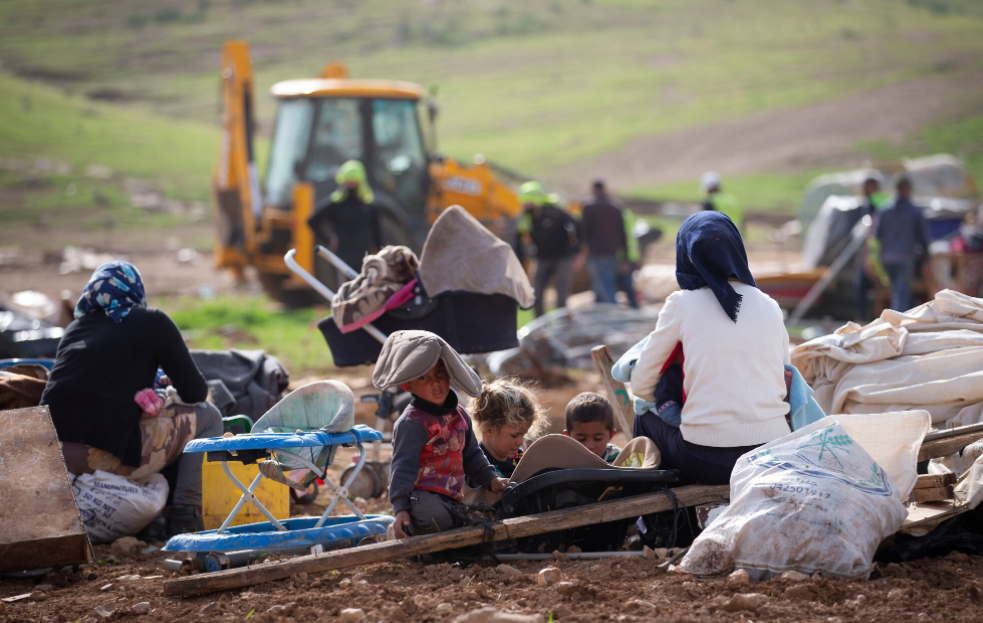 In this Feb. 3, 2021, file, photo, Palestinian Bedouin watch Israeli troops demolish tents and other structures of the Khirbet Humsu hamlet in the Jordan Valley in the West Bank (AP Photo/Majdi Mohammed)

Israeli forces on Tuesday carried out a large-scale demolition of Palestinian structures in Khirbet Ibziq village, northeast of Tubas, according to local sources.

The head of the Ibziq village council, Abdel-Majid Khdeirat, told WAFA news agency that a sizable Israeli military force stormed the village in the afternoon hours and declared it a closed military zone, preventing entry and exit from it, before starting large-scale demolitions.

He added that as part of the demolitions, Israeli bulldozers razed some 40 structures, including tents and residential and agricultural facilities, belonging to ten families.

The valley, which is a fertile strip of land running west along the Jordan River, is home to about 65,000 Palestinians and makes up approximately 30% of the West Bank.