2 Palestinians Forced to Demolish Their Own Home, Shop in Jerusalem 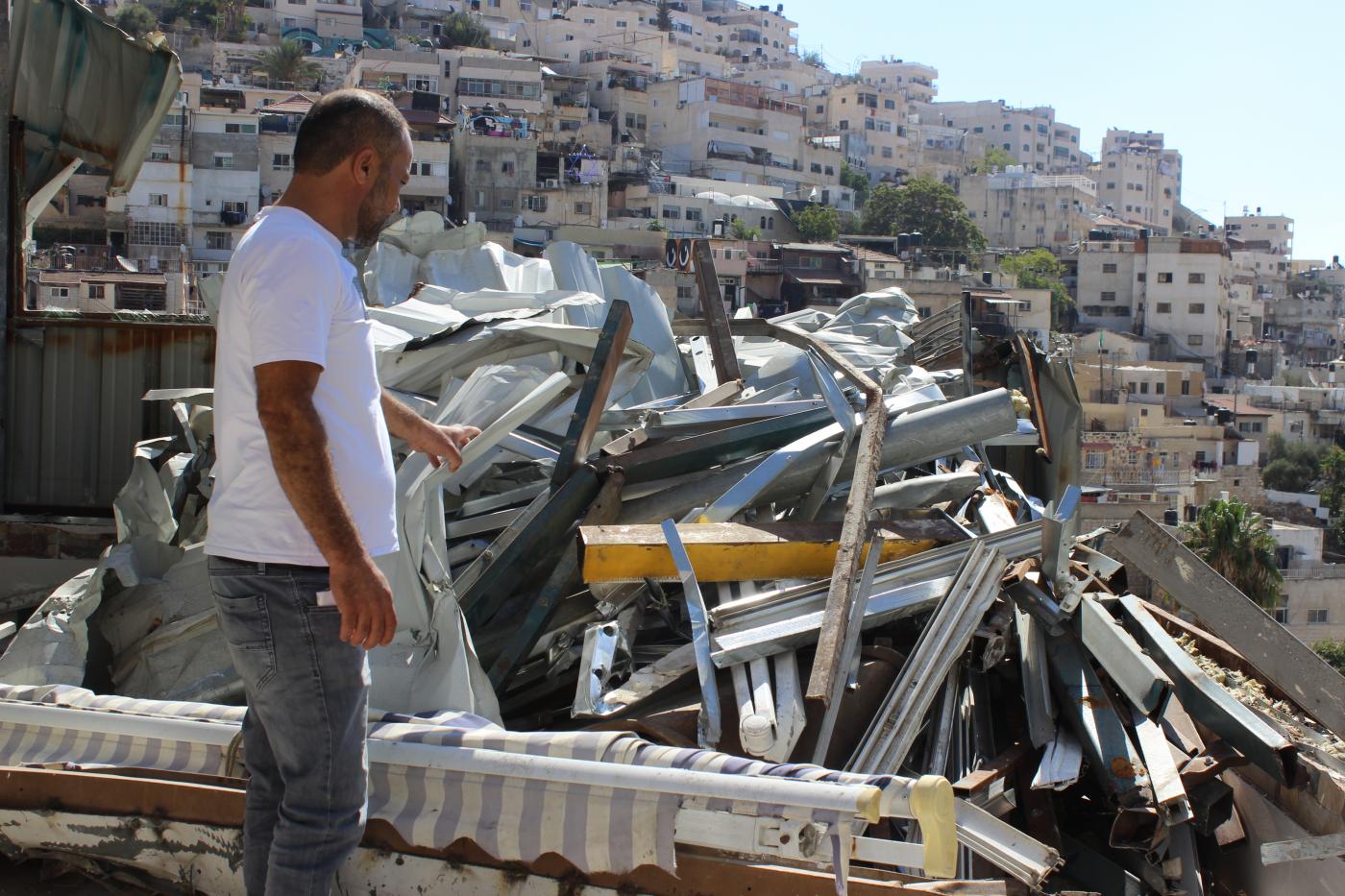 Nidal al-Rajabi stands in front of the ruins of his shop in the Bustan neighbourhood, Silwan, south of Al-Aqsa Mosque (MEE)

Two Palestinians from the occupied Jerusalem neighborhoods of Silwan and Sheikh Jarrah embarked Saturday on demolishing their own home and shop respectively after they were forced to do so by Israeli municipality, according to local sources.

Rami Eweda, a Palestinian citizen based in Silwan neighborhood, was quoted by WAFA news agency as stating he was forced to demolish his home after the Israeli municipality issued a demolition order against it under the pretext it was built without a permit.

Eweda said he had no choice but to start demolishing the home himself in order to avoid paying unreasonable demolition costs to the Israeli municipality in the event it carried out the demolition.

In Sheikh Jarrah neighborhood, a Palestinian citizen, Jamal Abu Nejmeh, said he embarked on demolishing a shop of his own after he was pressured to do so by the Israeli municipality.