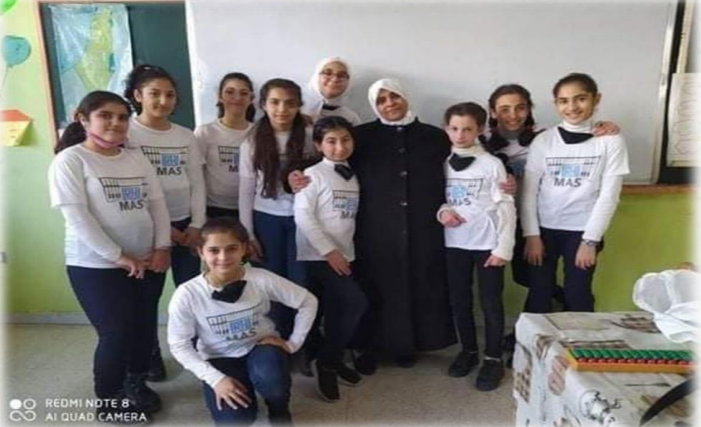 A number of Palestinian refugee students from the UNRWA-run Ramla School in Homs refugee camp, in Syria, achieved the first places in the International Mental Math Championship.

388 boys and girls from 44 countries, including Syria, participated in the competition.

10 Palestinian girls from the 7th and 8th grades at Ramla School took part in the tournament. Six girls won the contest. The other four students also achieved high scores.

Director of UNRWA operations in Syria, Michael Amanya, congratulated the schoolgirls and their instructor for the outstanding achievement.

Dozens of displaced Palestinian refugees have achieved success stories, despite of the traumatic upshots wrought by daily scenes of bloodshed and destruction across the embattled Syrian territories. Thousands of children have gone orphaned after they lost one or both of their parents in the deadly warfare.