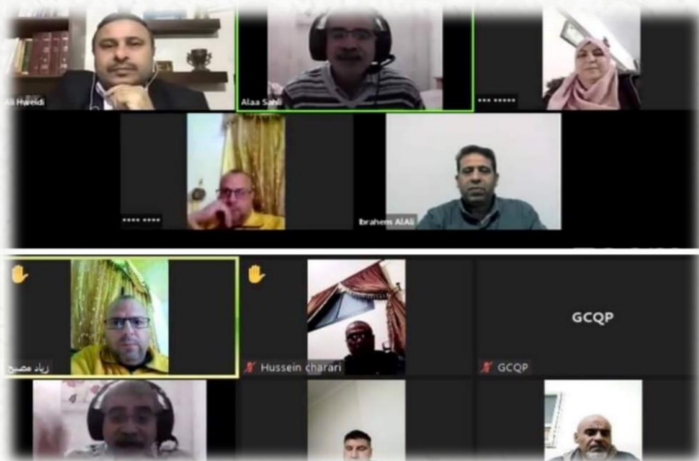 A webinar was held by Association 302 for Defense of Refugees Rights to tackle the alarming legal, political, and humanitarian situation of Palestinian refugees from Syria (PRS) in Jordan, Lebanon, and Gaza.

Speaking at the webinar, researcher Rahaf Hneidaq said some 260 PRS families in the blockaded Gaza Strip have been grappling with an abject humanitarian situation due to UNRWA aid cuts and the suspension of shelter grants since 2018.

Hneidaq said PRS families are overburdened by the heavy costs of university studies as only primary and preparatory school students are granted free education. The fact that PRS find difficulties obtaining passports and identity documents has made the legal situation far more alarming.

Tackling the situation of PRS in Jordan, researcher Ibrahim AlAli said some 17,000 Palestinian refugees who fled war-torn Syria to Jordan have been suffering hard times.

The refugees’ vulnerable legal status has reduced their access to the local labour market and increased the risk of refoulement. Several Palestinians who fled Syria for fear of being killed under shelling and the blockade have been shorn of their right to legal stays, health care, and access to education, among other services.

As for the situation of PRS in Lebanon, researcher Ali Huweidi said some 27,000 PRS who remained in Lebanon are “crashed”. The situation has been exacerbated by the latest decision by UNRWA to suspend the 100$ shelter grant for PRS and provide them only with 25$ per month.

Huweidi said PRS in Lebanon are subjected to dire socio-economic conditions and a precarious legal status as the Lebanese authorities continue to rebuff their appeals for legal visas and access to the local labor market.

Palestine refugees in Lebanon, including those who fled from Syria, need financial assistance to buy food and other basic necessities. But with the current financial crisis, most Palestine refugees have found themselves slipping further into destitution. The “dollar crisis” in Lebanon, where the official exchange rate of the US dollar against the Lebanese pound is nearly ten times lower than the black-market rate, has seen the purchasing power of the refugees slashed tenfold.