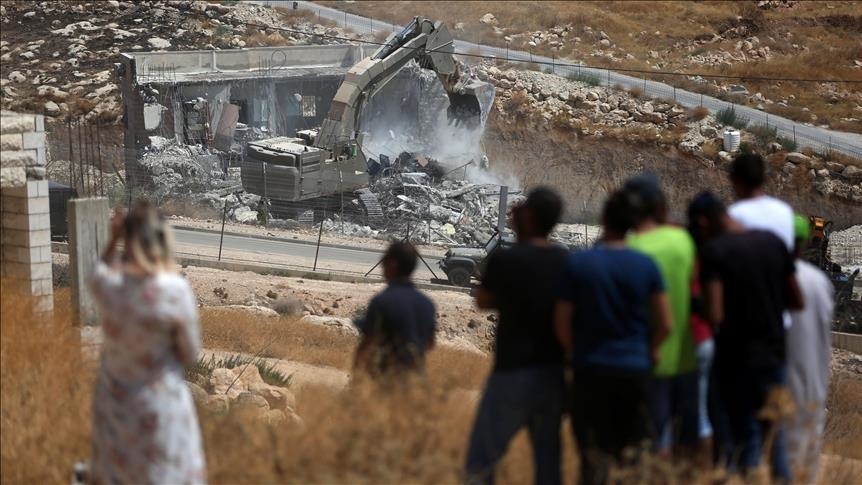 Israeli occupation authorities forced on Sunday a Jerusalemite family to demolish their house in Sur Baher village, southeast of occupied Jerusalem, under the pretext of building without a permit.

Palestinian news agency WAFA said that the Abu Kaf family proceeded on Sunday evening to demolish their 12-square-meters house, where a family of eight had lived for the past 11 years.

The demolition was carried out after pressure from the occupation municipality or else the family will demolish it and pay exorbitant amounts in fines and demolition costs amounting to around 150,000 shekels.

Ibrahim Abu Kaf, the house owner, told WAFA his family was handed a demolition order a few days ago despite paying fines amounting to about 65,000 Shekels, which the family was obligated to pay every month, and even though they have repeatedly sought a permit.

Palestinians in occupied Jerusalem say they are forced to build without permits because the Israeli municipality rarely issues permits to the city’s original Palestinian citizens as a way to reduce their number by forcing them to leave it and find accommodation and work elsewhere.