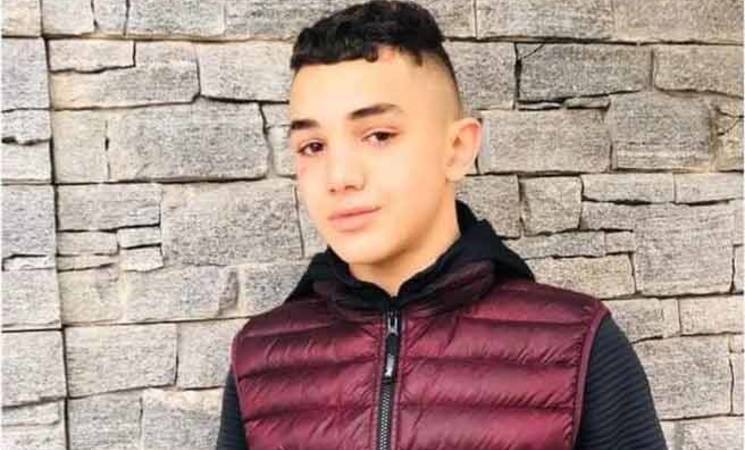 The United Nations Relief and Works Agency for Palestine Refugees in the Near East (UNRWA) called on the Israeli occupation authorities to immediately release Amal Muamar Nakhleh, a 17-year-old Palestine refugee from Jalazone camp.

UNRWA said in a press release that Amal was placed in administrative detention by the Israeli prison authorities for six months on 21 January 2021. The administrative detention was then extended for four months in May 2021 and then again in September 2021 for an additional four months. When the current extension expires on 18 January 2022, Amal will have been in prison for a year and will be 18 years old, no longer a minor.

Neither Amal nor his family are aware of the charges against him and have been informed by the Israeli authorities that it is a "confidential administrative case." Amal’s legal team stated that this is one of the most prolonged cases of administrative attention of a child that they have come across.

Amal was born three months prematurely and was diagnosed with a severe autoimmune disease: myasthenia gravis. This condition requires continuous medical treatment and monitoring. Just a few months prior to his detention, Amal underwent surgery to remove a cancerous mass.

Due to his health conditions, Amal cannot be vaccinated against COVID-19 and must take immune-suppressants, meaning that his life is at high risk if he contracts COVID-19. As is well known, prison settings are not appropriate for treating and monitoring autoimmune diseases, let alone providing adequate protection against COVID-19.

During the military court proceedings in the past few days – one of the few times Amal's family was allowed to see him in the past year – his family observed that Amal had difficulty talking and breathing, both of which are signs that his medical condition has deteriorated. During the court hearing, Amal informed the judge that he would start a hunger strike if his administrative detention were to be extended further. If he takes this step, Amal would be at grave risk due to his already fragile health condition. A decision on the extension of his administrative detention is scheduled to be taken this Tuesday, 18 January 2022.

The administrative detention imposed on Amal without charges and based on classified evidence is a form of arbitrary detention not permissible under public international law. It deprives him of the appropriate care required by his underlying medical condition, exposing him to increased risks of aggravation of his health.

UNRWA said that Israel, as a party to the Convention on the Rights of the Child, shall ensure that the "arrest, detention or imprisonment of a child shall be in conformity with the law and shall be used only as a measure of last resort and for the shortest appropriate period of time." In accordance with the Convention, "[e]very child deprived of liberty shall be treated with humanity and respect for the inherent dignity of the human person, and in a manner which takes into account the needs of persons of his or her age" and that any detained child "shall have the right to prompt access to legal and other appropriate assistance, as well as the right to challenge the legality of the deprivation of his or her liberty before a court or other competent, independent and impartial authority, and to a prompt decision on any such action."

UNRWA has called for the immediate release of Amal Nakhleh from administrative detention on urgent humanitarian grounds, saying it is highly concerned about the ongoing arbitrary detention of a minor. 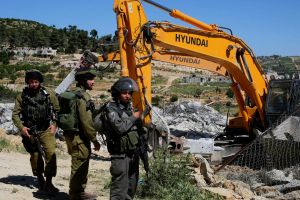