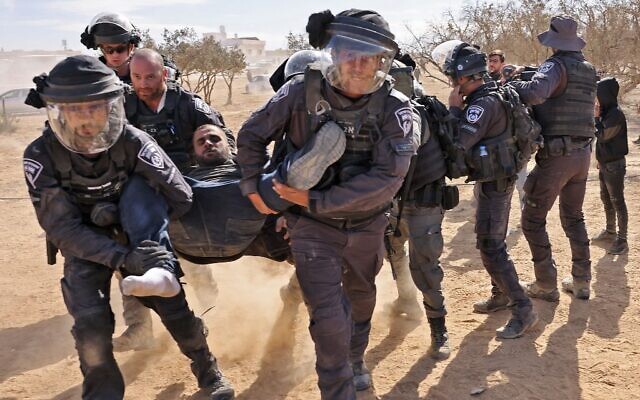 A large Israeli police force attacked on Thursday Palestinian residents of the Negev desert, in the south of Israel, who demonstrated against the government attempts to grab their lands.

The demonstrators, who gathered for the fourth day in a row at the intersection between al-Atrash and Saawa Bedouin communities, have spoken out against the misappropriation of their land lots by the Israeli authorities.

Israel does not recognize dozens of Palestinian Bedouin communities, who are denied access to basic services such as water and electric networks. This policy makes part of Israel’s intent to force them out of their lands and homes under various pretexts, including tree-planting.