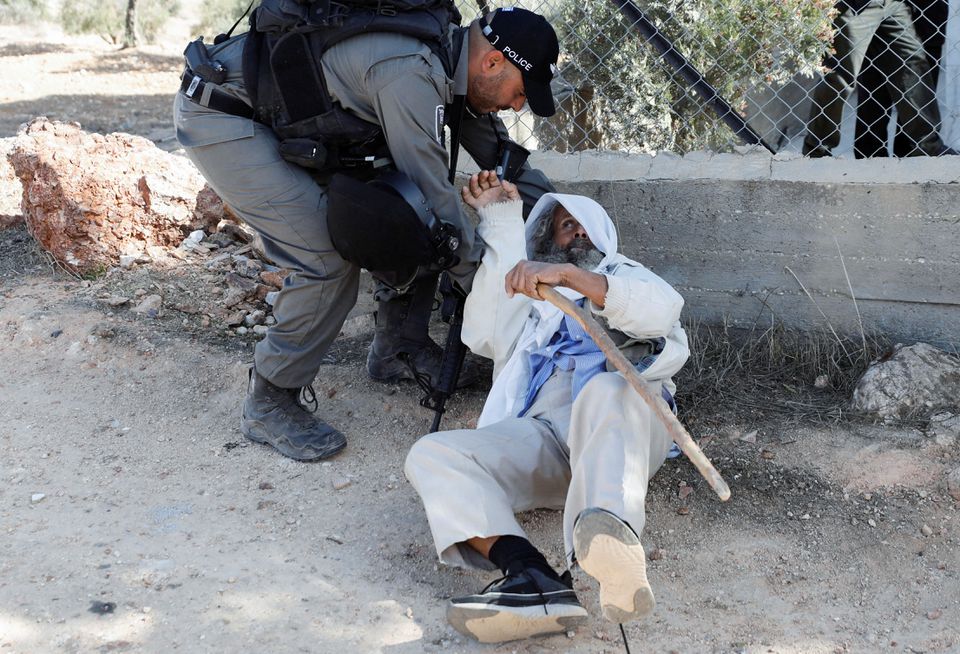 Palestinian Suleiman al-Hathalin is pulled by an Israeli police officer as he protests over the Israeli demolition of a Palestinian house, near Yatta, in Israeli-occupied West Bank, December 6, 2021. (Photo: REUTERS)

Suleiman Hathalin, a 75-year-old anti-Israeli Occupation activist, succumbed on Monday morning to wounds sustained after being deliberately run-over by Israeli police at the entrance to Umm al Kheir village in Masafer Yatta, south of Hebron, two weeks ago.

Palestinian Ministry of Health issued on Monday a statement confirming Hathalin's death. It said he sustained injuries in the head, chest, stomach and hips. He was admitted to a hospital in Hebron and remained in its intensive care unit until he succumbed to his wounds today.

Las week, UNRWA said in a press release that on the afternoon of 5 January, an operation of the Israeli forces to confiscate unregistered vehicles took place in the Umm al-Kheir area. The operation was protested by the local community and, when leaving the area, an Israeli truck transporting the confiscated vehicles rammed into Hajj Suleiman, drove over him and dragged his body for several meters without stopping. Hajj Suleiman had been peacefully protesting on the road used by the Israeli forces and would have been clearly visible to both the truck driver and the officers in the Israeli jeep present at the scene. After the incident, which left the elderly man seriously injured, there is no indication that the Israeli troops on the ground offered assistance at any point, having simply left the area immediately after the incident.

Hajj Suleiman is well-known for his peaceful activism and support to local communities, both locally and to numerous visitors from around the world to Umm al Kheir.

UNRWA said the conduct of the Israeli forces shows an evident disregard for their responsibilities vis-à-vis internal law and standards. Moreover, as an occupying force, Israeli security forces are obligated to protect the lives and ensure the dignity of all Palestinians living under their control.

UNRWA called on the Israeli forces to urgently investigate the incident and hold accountable those found to have violated international standards, neglected their duties, and acted in violation of the law. 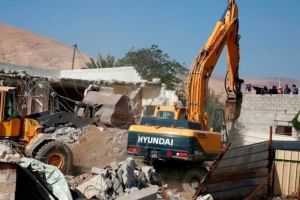