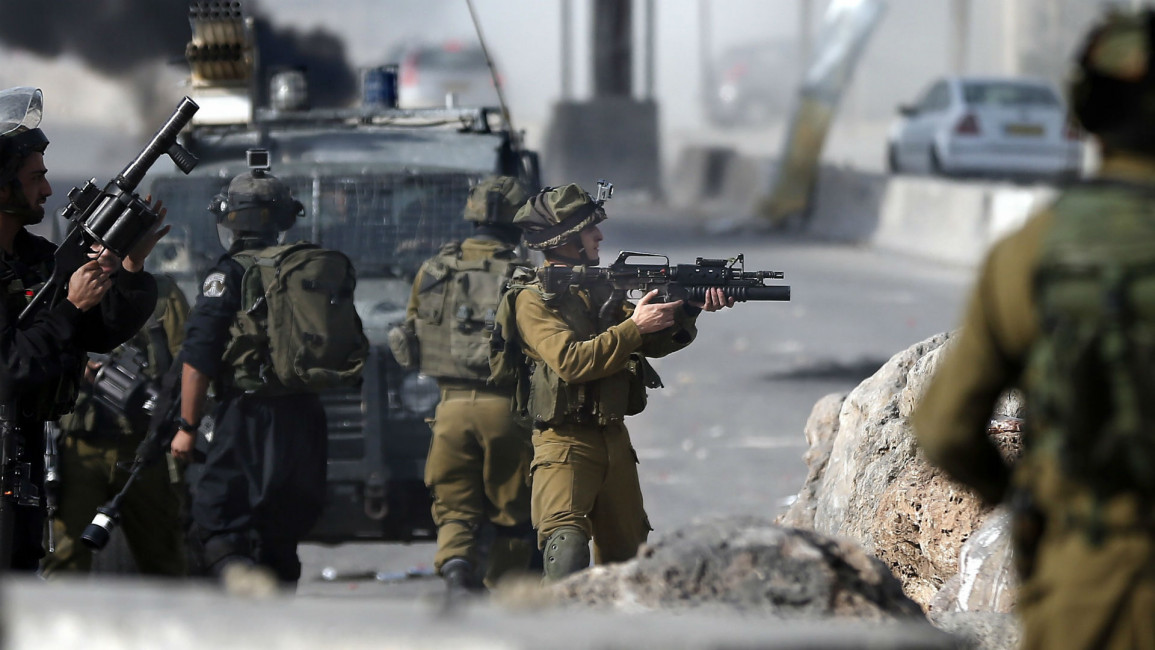 Three Palestinians were injured in the Israeli raid, according to local sources. [Getty]

The UN agency for Palestinian refugees Wednesday expressed condolences on the passing of Fahmi Abdelraouf Hamad, a 57-year-old Palestine refugee from Qalandiya camp who died on Monday.

“Tear gas entered UNRWA facilities affecting children and patients, including Hamad. UNRWA education staff managed to evacuate students from the schools. However, due to the proximity to the clashes, the large amount of tear gas outside the health center and the medical conditions of the patients inside, UNRWA health staff could not evacuate the patients.”

The UN agency pointed that the Israeli occupation authorities did not heed its calls to halt firing of tear gas canisters and slammed Israeli forces for firing tear gas around an ambulance that evacuated Hamad.

“Multiple appeals by UNRWA to Israeli authorities to halt the shooting of tear gas near its installations and allow patients and staff to be evacuated were regrettably not addressed. Over an hour and a half after UNRWA first contacted the authorities requesting the evacuation and cessation of the firing of tear gas near the installations, an ambulance called by the clinic managed to evacuate Hamad, who tragically passed away later in the day. During the evacuation of Hamad, tear gas was fired around the ambulance and an UNRWA staff members also required medical attention due to tear gas inhalation.”

The agency called for an immediate investigation into the circumstances surrounding Hamad’s death.

“UNRWA will further examine this grave incident and calls for Israeli Security Forces to conduct an immediate investigation into all circumstances surrounding this operation,” it concluded.