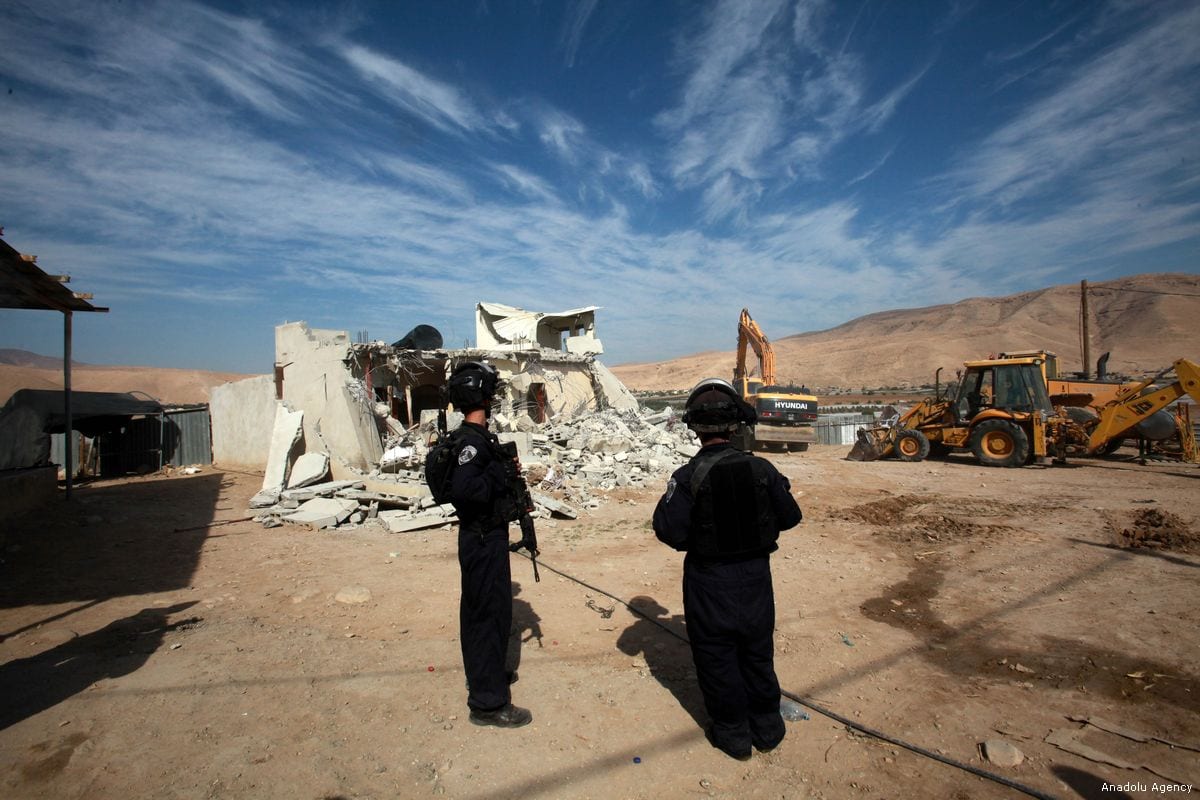 Israeli occupation forces on Sunday demolished a Palestinian house under construction in the village of Al-Aqaba, to the east of Tubas town, north of the occupied West Bank, according to local sources.

Muataz Besharat, a local rights activist, told WAFA news agency that an Israeli army force stormed the village and cordoned off the surrounding of the targeted house before proceeding with its demolition. The house belongs to Ibrahim Taleb, a local Palestinian citizen.

Ibrahim’s brother, Yasin, was arrested and his vehicle was confiscated by the occupation army during the raid of the village, according to eyewitnesses.

The Israeli occupation army had previously notified the house owner about their intention to demolish it under an Israeli court’s ruling.

Israel denies planning permits for Palestinians to build on their own land or to extend existing houses to accommodate natural growth, particularly in Area C, which constitutes 60 percent of the occupied West Bank and falls under full Israeli military rule, forcing residents to build without obtaining rarely-granted permits to provide shelters for their families.

According to the United Nations Office for the Coordination of Humanitarian Affairs (OCHA), the Israeli occupation authorities last year demolished, forced people to demolish, or seized 118 Palestinian-owned structures across the West Bank, including the 26 in East Jerusalem.