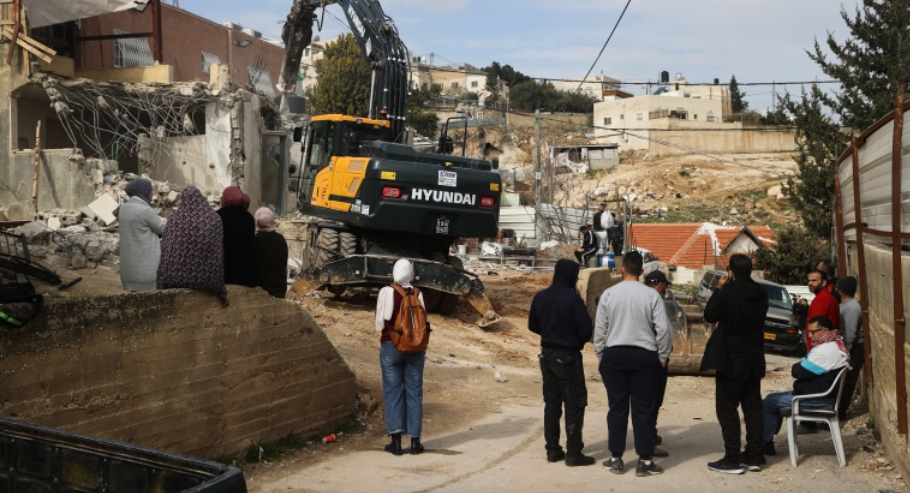 Palestinian news agency WAFA said Daoud and Mahmoud Shuqeirat tore down their houses, constructed in 2012 and each of which occupied 80 square meters, after removing their belongings purportedly for being built without a license.

The Shuqeirat brothers have paid a building fine amounting to NIS100,000 (some $31,000) over the past years, but were eventually forced to carry out the demolition, resulting in the displacement of their families, including eight children.

The Shuqeirat brothers said that the occupation municipality did not grant them a building permit while they filed a petition against the demolition in the Israeli courts, which finally passed a ruling in favor of the forced demolition.

Under the court ruling, the brothers either had to self-demolish the structures or pay exorbitant fines if the Israeli municipality of Jerusalem does it on its own.

Israel has tore down 317 Palestinian houses across the occupied city of Jerusalem since the start of 2021.