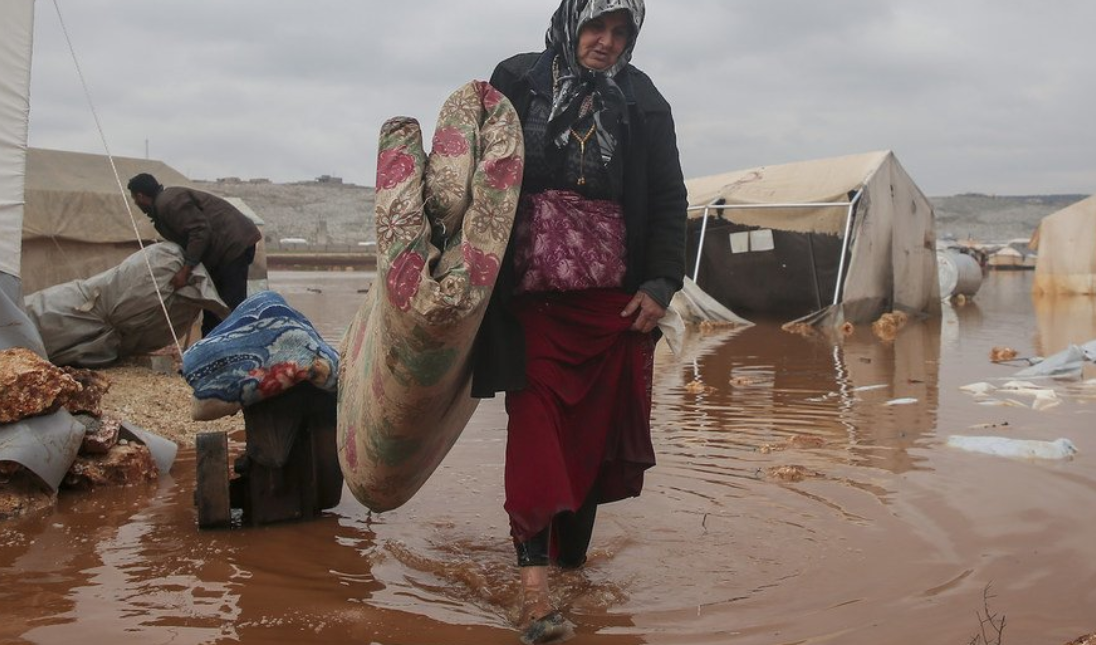 A woman tries to rescue her belongings after floods inundated her camp in north-west Syria in January 2021. (Photo: UNICEF)

The Syrian Interim Government, an alternative government in Syria, formed by the umbrella opposition group, the National Coalition for Syrian Revolutionary and Opposition Forces, established the Directorate of Palestinian Affairs to follow up on the situation of Palestinian refugee families in northern Syrian displacement camps.

The directorate is located in the interim government's headquarters, in the city of Azaz in Aleppo Governorate.