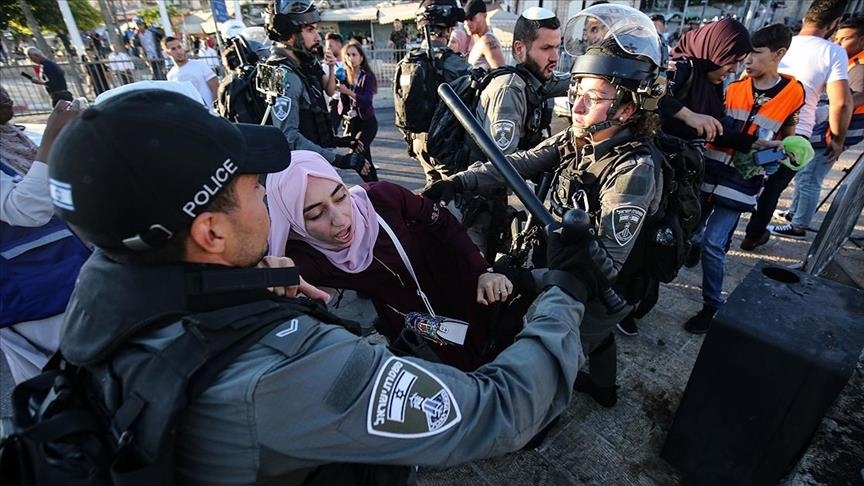 Scores of Israeli settlers backed by police last night stormed the neighborhood of Sheikh Jarrah in occupied Jerusalem, where they attacked and terrified native Palestinian families and attempted to evict some of them from their homes, according to local sources.

Quoted by Palestinian news agency WAFA, witnesses said that groups of Israeli settlers backed by Israeli Police stormed the neighborhood in the middle of the night, pelted stones at homes and smashed some parked vehicles belonging to local Palestinian citizens.

The settlers also attempted to attack the Salem family home in the neighborhood to evict them from their home, hours after the family received an Israeli court ruling of dispossession that orders the family out of their home to hand it over to far-right Jewish organizations.

Fatma Salem, a member of the family, said their home was attacked by settlers and that the family were afraid of an arson attack by settlers, calling on all those who can reach the neighborhood to do so immediately to stand beside them.

The neighborhood is already an explosive issue as far-right Jewish organizations attempt to expel Palestinians there from their homes, an issue that led to a round of violence last year fueled by Israel’s attempts to expel native families from their homes by force.

Meantime, far-right Israeli MK Itamar Ben Gvir said in the aftermath of the Israeli attack on Sheikh Jarrah that he will again set up a “parliamentary office” in the neighborhood.