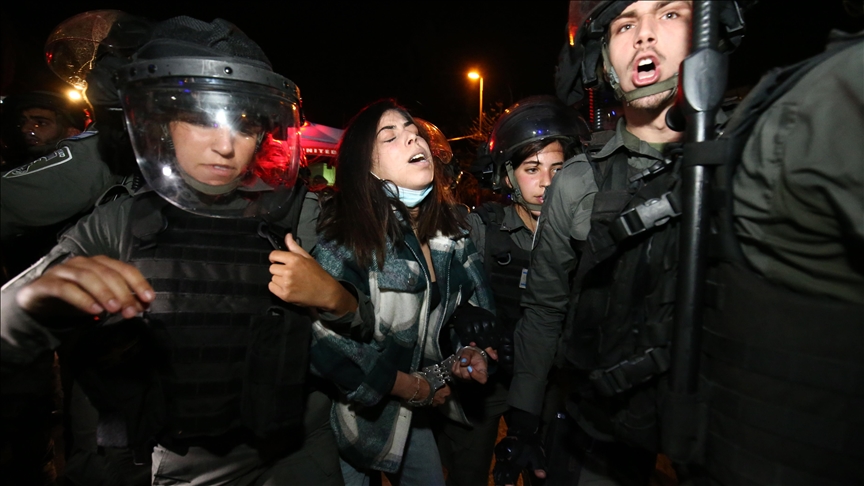 Israeli forces take a Palestinian woman into custody during a demonstration at Sheikh Jarrah neighborhood after Israeli government's plan to force some Palestinian families out of their homes in East Jerusalem on May 05, 2021. (Anadolu Agency )

The Israeli occupation forces on Sunday evening continued their attacks on the Sheikh Jarrah neighborhood, east of occupied Jerusalem, closing its western entrance with iron mounds.

Palestinian news agency WAFA said the occupation forces also chased out the solidarity activists present in the vicinity of the Salem family's house, threatened with imminent expulsion, and evacuated its surroundings for settlers and extremist Knesset member Itamar Ben Gvir.

The number of people detained in the neighborhood since last night has reached thirteen.

The neighborhood residents reportedly performed the Maghrib (sunset) prayers in the neighborhood after calls to remain alert to respond to the attacks of settlers, who tried to obstruct the performance of the prayer by standing in front of the worshipers and playing loud music.