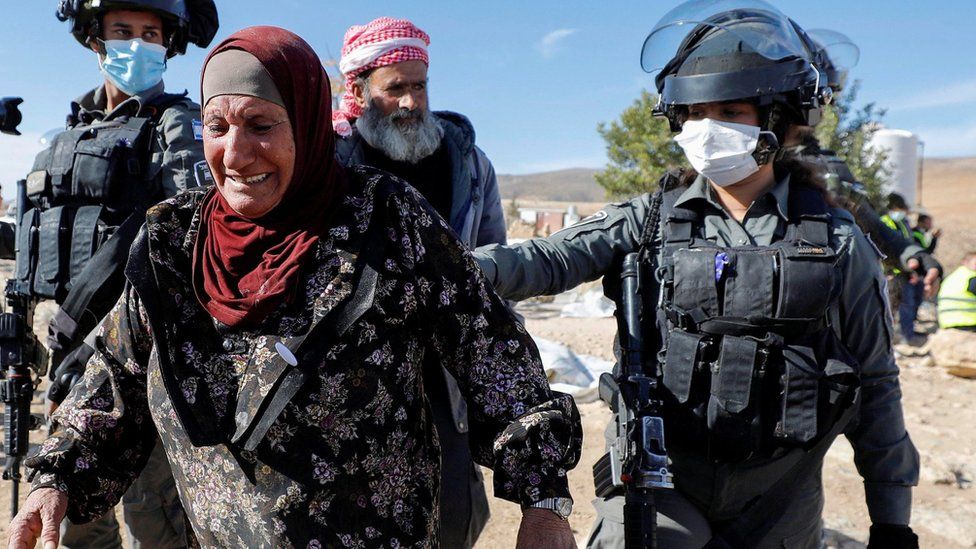 Amnesty International warned Israel on Tuesday that forcible transfer of Palestinians under occupation amounts to a war crime.

“For three days, Palestinians in Sheikh Jarrah have been holding demonstrations in response to the imminent threat of forced eviction for the Salem family, which is slated for next month,” said AI in a tweet, commenting on the serious developments in the occupied East Jerusalem neighborhood of Sheikh Jarrah.

Amnesty added that Israeli security forces have used “unlawful force” to disperse Palestinians demonstrating against the forcible transfer of the Salem family.

It urged the Israeli authorities “to immediately halt forced evictions in the neighborhood of Sheikh Jarrah and end the ongoing forced displacement of Palestinians from East Jerusalem,” warning that “forcible transfer is a war crime and a pillar of Israel’s system of apartheid.”

Amnesty recently stated that Israel is implementing a system of apartheid against the Palestinians under its rule, in a report released on February.

Tension started in the neighborhood three days ago after far-right Israeli lawmaker Itamar Ben Gvir, backed by Jewish settlers, set up an office on land owned by the Salem family in Sheikh Jarrah, days after an Israeli court ordered the family to leave its home.