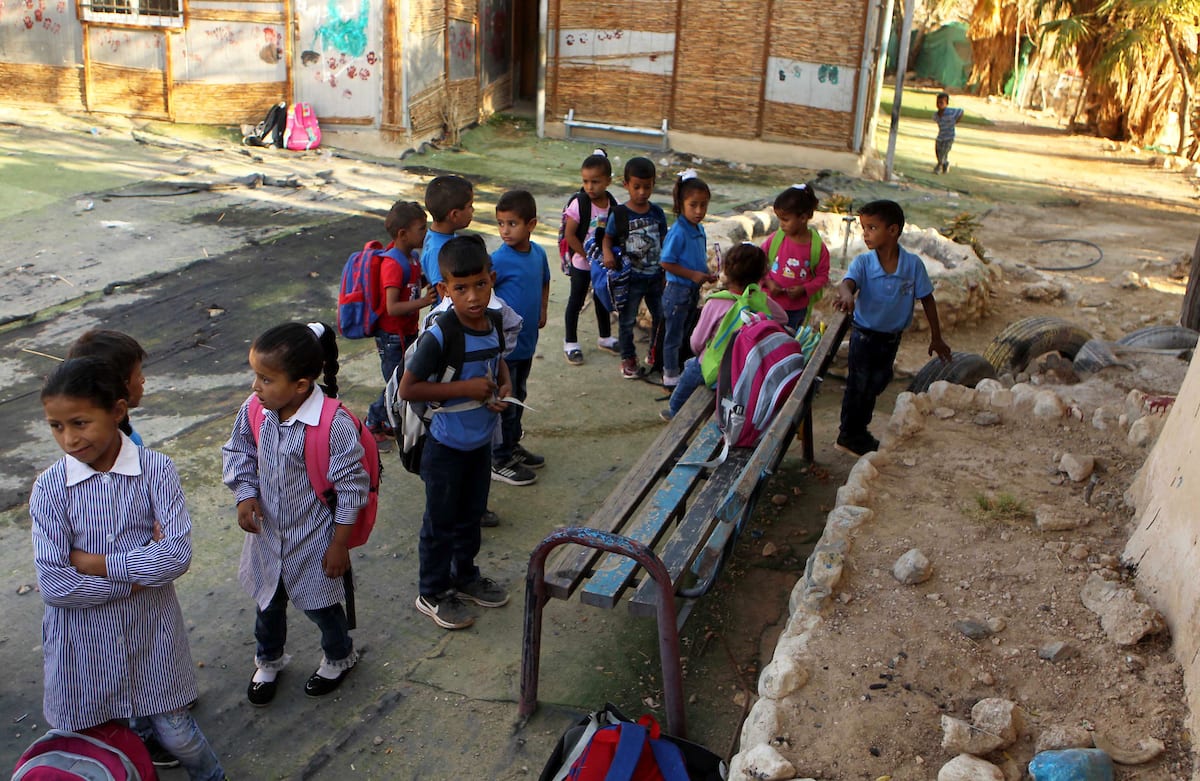 The Israeli military government on Wednesday issued an order for the demolition of a school in the Bedouin community of Ras al-Tin, east of Ramallah, according to local sources.

The order, which was left at the entrance gate of the school, said the facility will be demolished in 14 days.

Palestinian news agency WAFA said that there is no court order for the demolition and that lawyers were following up on this issue to prevent the demolition.

About 50 students from grade one to six go to this school, which was built last year to serve the Bedouin communities who lack basic services in the area due to Israeli restrictions and efforts to force them out of their lands.