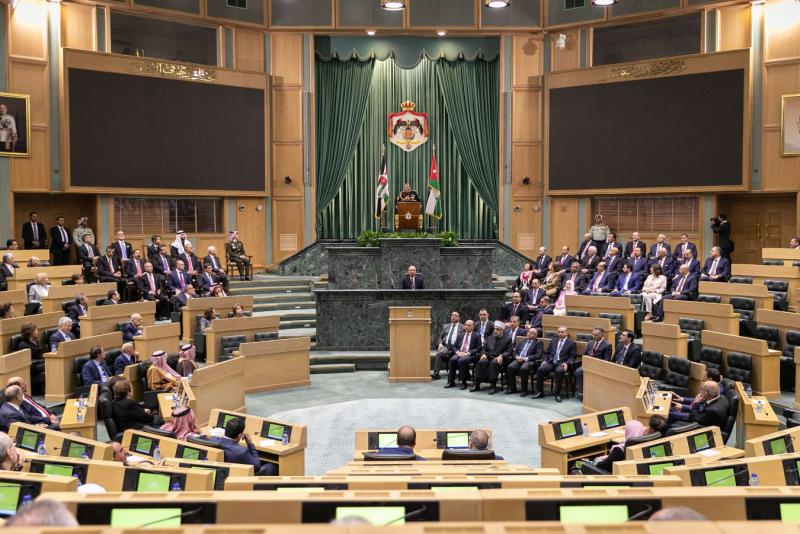 A 2019 file picture shows Jordan's King Abdullah II delivering an address during the opening ceremony of the fourth ordinary session of the Parliament. (DPA)

Jordan's position is that the establishment of an independent Palestinian state on the pre-1967 borders, with East Jerusalem as its capital, in accordance with the Arab Peace Initiative, is irreplaceable, Jordan’s Lower House Speaker Abdulkarim Dughmi said on Saturday.

Dughami stressed the centrality of the Palestinian cause, saying it remains the foremost central issue for Jordan and reiterating the Kingdom’s rejection of Israeli settlement policies and encroachments on Jerusalem's Islamic and Christian holy sites.

Speaking on behalf of the Kingdom's delegation in the fourth conference of the Arab Parliament and the heads of Arab councils and parliaments in Cairo, Dughmi also underscored Jordan’s efforts to receive displaced Arabs from Palestine, Iraq, Syria, Yemen and Libya, sharing with them the limited resources.

He stressed that the sole way to handle regional crises and challenges is joint Arab action, he said, highlighting the importance of the conference in scaling up Arab efforts to create unified Arab vision.