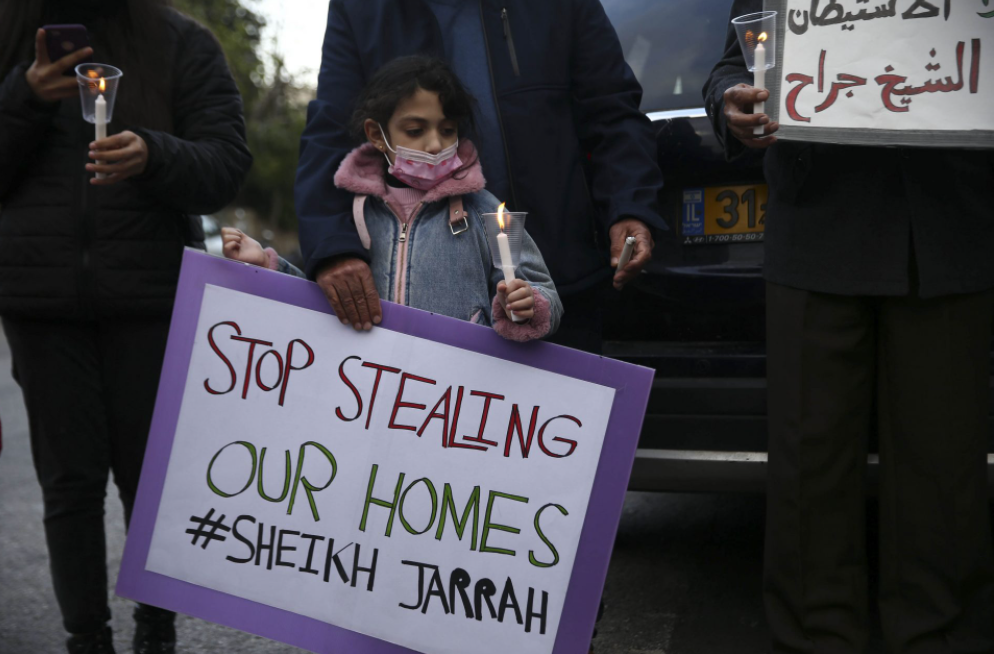 Palestinian families from Sheikh Jarrah during a demonstration to mark the 45th anniversary of Land Day, 30 March 2021. (Photo: Getty Images)

Representatives of the Humanitarian Country Team in Palestine, comprising United Nations Agencies and international and Palestinian NGOs, met on Sunday with the Salem family in the occupied East Jerusalem neighbourhood of Sheikh Jarrah.

The family of 12, including six children and the elderly mother, Fatima Salem – all of whom are Palestine refugees – faces eviction during March from their family home of 70 years.

The announcement of the scheduled eviction has recently raised tension in the Jerusalem neighbourhood, with clashes involving Palestinian residents, Israeli settlers, and Israeli forces, resulting in property damage, multiple injuries and arrests, including the arrest of eight children since Friday 11 February. The Salem family itself and their neighbours have been subject to attacks with pepper spray and stones resulting in injury and property damage.

The Salem family is one of 218 Palestinian families, comprising 970 individuals, including 424 children, living in East Jerusalem, mainly in the neighbourhoods of Sheikh Jarrah and Silwan, that are currently facing the threat of forced eviction by the Israeli authorities.

The United Nations has repeatedly called for a halt to forced evictions and demolitions in the occupied West Bank, including East Jerusalem: under international humanitarian law, forcible transfers of protected persons by the occupying power are forbidden regardless of their motive.

UNRWA said active steps must be taken to de-escalate the situation before another crisis erupts and urged all political and community leaders to refrain from provocative action and rhetoric.

UNRWA called upon the Israeli authorities to take steps to ensure the protection of civilians, including Palestine refugees. 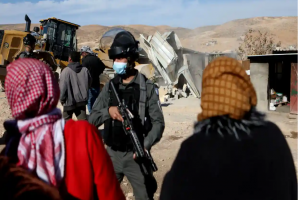