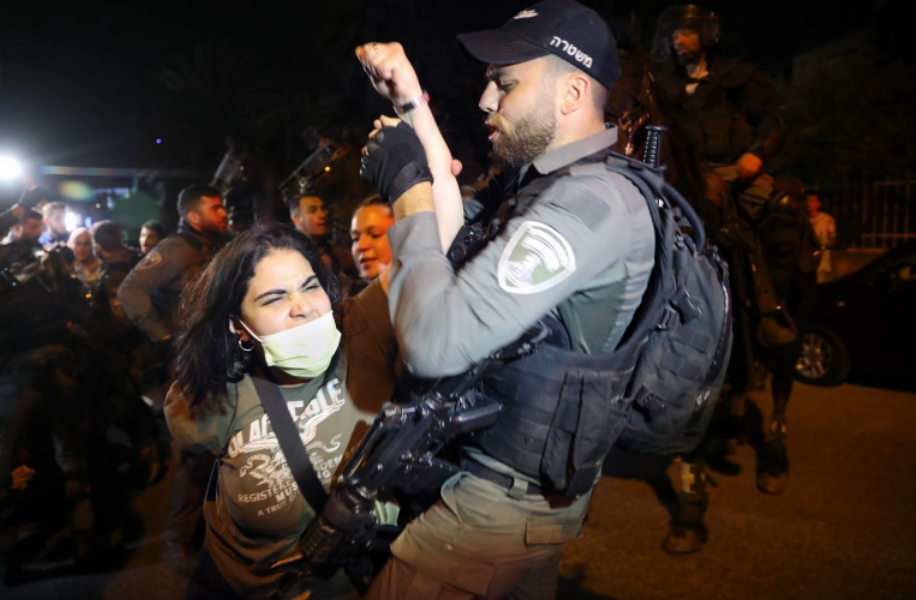 A Palestinian woman is manhandled by an Israeli policeman as she protested forced expulsions in the Sheikh Jarrah neighbourhood of East Jerusalem, May 2021. (Photo: AP)

Palestinian news agency WAFA said Israeli forces attacked Palestinian protesters and activists in the vicinity of Salem family; one of the families that are threatened with forcible expulsion from their homes in Sheikh Jarrah, causing bruises and fractures to several people, including a disabled youth who was severally beaten by the police. He was rushed to hospital for medical treatment.

The situation in the Sheikh Jarrah neighborhood remains tense for the ninth consecutive day after Israeli right-wing lawmaker Itamar Ben Gvir and his settler supporters set up an office on the Salem family property in a provocative move.

More than 500 Palestinians living in 28 houses in the neighborhood are facing threats of forced expulsion at the hands of settlement associations backed by the Israeli government and its judiciary system.