EU Delegation Briefed on Suffering of Palestinians in Burqa Due to Israeli Demolitions, Forced Displacement 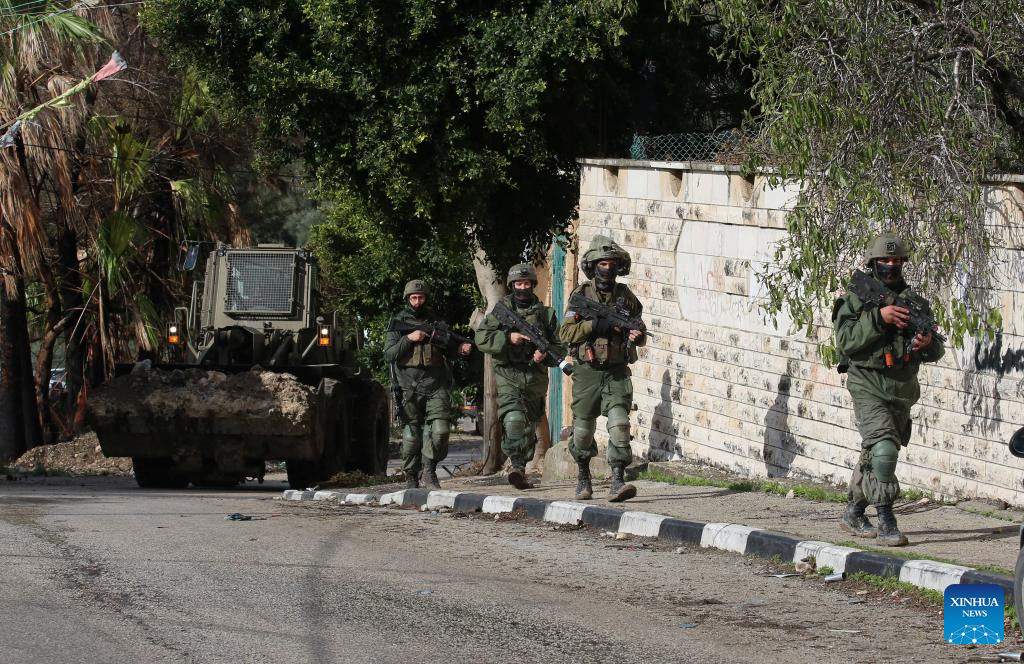 Israeli soldiers are seen in the village of Burqa, north of the West Bank city of Nablus, Dec. 23, 2021. (Photo by Nidal Eshtayeh/Xinhua)

Representatives from the European Union and likeminded countries visited on Wednesday the northern West Bank village of Burqa, northwest of the city of Nablus, and were briefed by the village residents on their suffering due to the continued Israeli measures and attacks of settlers.

Palestinian news agency WAFA reported that Nasser Hajji, from the Burqa village council, told the delegation that the village has been suffering from attacks and violations of the Israeli occupation as thousands of people were displaced and thousands of dunums of its lands were seized after the establishment of Homesh settlement in 1978.

He added that houses were demolished in the village and farmers were denied access to their lands despite the evacuation of the settlement in 2005 and decisions by Israeli courts allowing the return of these lands to the Palestinians.

Hajji pointed out that the town has been under siege for 70 days and repeated attacks by settlers, in addition to the injury of about 100 people by the army bullets and the arrest of dozens.

He said that the houses near the evacuated settlement are being attacked almost daily by settlers, and that the people are living in a state of terror.

Hajji called on the European Union and the free countries of the world to provide protection to the residents of Burqa and to pressure Israel to implement United Nations resolutions in order to achieve peace.