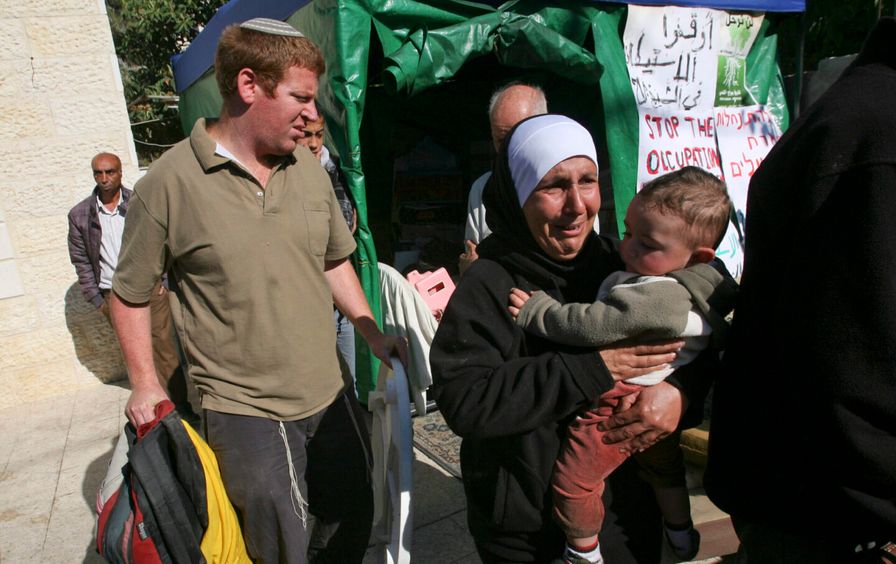 A Palestinian woman weeps while Israeli settlers move her family's belongings from a house in the east Jerusalem neighborhood of Sheikh Jarrah. (File photo: AP Photo)

An Israeli occupation court decided on Tuesday to freeze the eviction of the Salem family from their home in the western part of the Sheikh Jarrah neighborhood in East Jerusalem.

Palestinian news agency WAFA said that after filing an appeal against the decision of Israel’s so-called Procedure and Implementation Department, the lawyer was able to freeze the eviction procedures until a decision is made on the appeal submitted to the occupation court in Jerusalem, on the condition of depositing a financial guarantee of 25,000 shekels.

The family received a decision to evict them from their home during the period between the first of March and the first of next April, in favor of settlers claiming ownership of the land.

The suffering of the Salem family began in 1987 when they received an eviction order, which the family managed to freeze in the same year.

In 2012, settlers reopened the file with the aim of implementing the court's decision issued in 1987 under the "Statute of Limitation on Civil Judgment" law, which allows for the execution of the sentence up to 25 years from the date of its issuance, and the family received a new eviction note in 2015.

The court gave the Salem family a deadline until 29/12/2021 to evict their home which houses three families of 10 people.

More than 500 Palestinians living in 28 houses in the neighborhood are facing threats of forced expulsion at the hands of settlement associations backed by the Israeli government and its judiciary system.