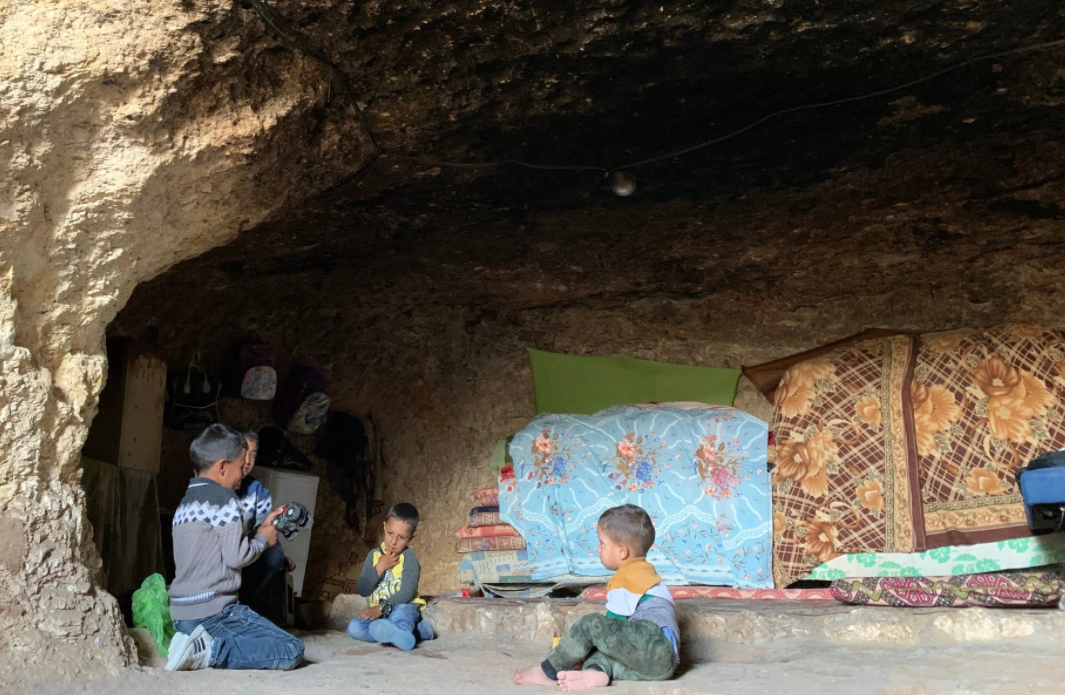 The Palestinian Dababsa family, like many others in Masafer Yatta, has taken refuge in a cave after Israel demolished their houses. (File photo: MEE)

Israeli army demolished on Wednesday morning four Palestinian residential shelters in Shaab al-Batm hamlet in Masafer Yatta in the south of the West Bank, resulting in the displacement of 40 people.

The demolition, he explained, was carried out to make room for the expansion of the illegal Israeli colony of Avigal.